By Wang Jing and Wu Gang 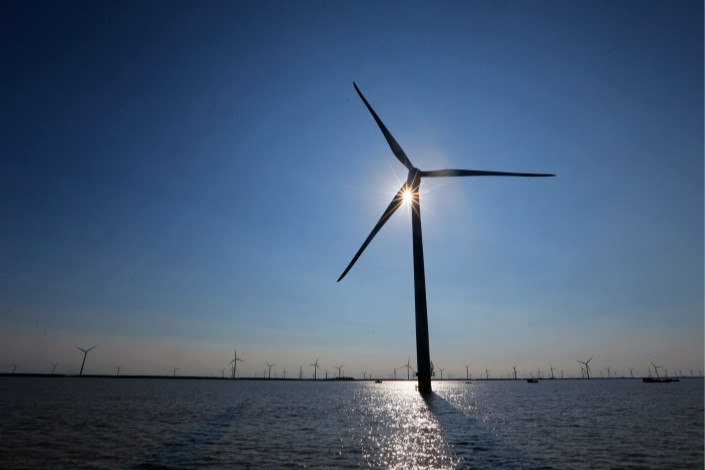 The additional construction of wind power facilities on the sea — up from the 2 million kW that was proposed at the beginning of the year — could amount to an estimated 240 billion yuan ($36.6 billion) in investment from 2016 to 2020. Photo: Visual China

Guangdong province plans by 2020 to begin construction of offshore wind-power farms capable of generating a peak capacity of more than 12 million kilowatts (kW) — a goal that is 500% higher than the previous goal set earlier this year.

The southern province also plans to have completed construction and started operation of plants with 2 million kW of offshore wind power capability by 2020, according to the modified energy plan released by Guangdong’s Development and Reform Commission on Tuesday. The target is twice the 1 million kW indicated in the province’s 13th Five-Year Plan (2016-2020) on energy, which was released in January.

The construction of 12 million kW of wind power facilities on the sea — up from the 2 million kW that was proposed at the beginning of the year — could mean 240 billion yuan ($36.6 billion) of investment during the 13th Five-Year Plan period, said the source, who asked not to be named.

Although land-based wind power farms are less expensive than those on the sea, the cost of offshore farms is expected to come down as more offshore wind power plants are built and their technology improves, the source said.

According to a recent report by the Forward-Looking Industrial Research Institute, the exploitable wind power on China’s seas is 750 million kW, or three times the wind power resources available on land.

China has been going all-out to develop wind power on the sea. According to the country’s 13th Five-Year Plan for wind power, released by the National Energy Administration in late 2016, the country will see 15 million kW of offshore wind power farms begin construction by 2020, with 5 million kW of generation capability coming into operation by that year.

The national goal could accordingly expand as Guangdong’s planned power-generation capability has skyrocketed.