Global ‘Me Too’ Movement Against Sexual Assault Hits Chinese Academia

By Li Rongde and Yuan Suwen 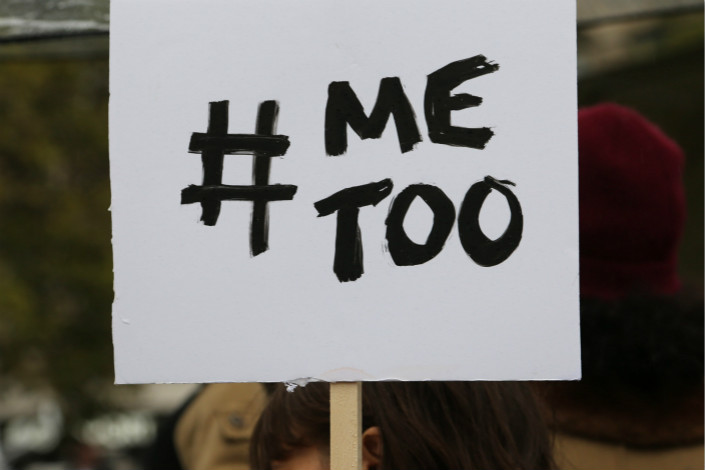 One Chinese academic has been suspended and another has been removed from his post as the "Me Too" movement, which encourages women to speak out against sexual harassment and assault, makes its way onto mainland college campuses. Photo: Visual China

Chinese universities have been rocked in recent weeks by sexual-assault allegations against two academics as the “Me Too” movement extends from the U.S. into China.

One of the accusations, leveled against a prominent scientist from an aeronautics research institute in Beijing, was prompted by the movement that began in the U.S. in the wake of numerous sexual-assault allegations leveled against Hollywood mogul Harvey Weinstein, according to Luo Qianqian, the woman who documented the alleged Beijing attack.

Luo, a Chinese scholar currently living in the U.S, accused her former supervisor, Chen Xiaowu, on Monday of “trying to force himself upon her behind a locked door” after “duping her” into his sister’s house 12 years ago. Luo was working on her doctoral degree at the time.

She said on a post on Weibo, a Chinese social media platform modeled after Twitter, that she was eventually “let go unharmed” because she “continued crying.”

Chen, a professor of computer science at Beihang University whose work has won national awards, has been suspended pending an investigation.

“The following years of my life, during which he served as my supervisor, was a nightmare because he treated me so badly,” Luo wrote.

She said she was prompted to revisit this dark chapter in her life after reports of sexual-harassment allegations directed at Weinstein in October led to a campaign known as the “Me Too” movement for women, encouraging them to stand up against sexual harassment and assault. The movement has brought down dozens of powerful men, including U.S. Senator Al Franken, veteran film stars Kevin Spacey and TV news personality Matt Lauer in addition to Weinstein after they were accused of sexual harassment.

Luo, who also earlier published her account on Zhihu, a Chinese question-and-answer website similar to Qoura, said that it enabled her to reach out to six other women who were allegedly harassed by Chen.

Administrators at Beihang, previously known as Beijing University of Aeronautics and Astronautics, acted swiftly on the allegations and suspended Chen on Monday pending an ongoing investigation.

“Beihang has zero tolerance for violations of teachers’ code of ethics, and such allegations will be dealt with seriously once they are substantiated,” the university said in a statement late Monday.

In a response via Beijing Youth Daily, Chen said he was aware of the accusations from former students, but said he had done nothing illegal and would leave the matter to investigators.

China doesn’t have a law on sexual harassment, although rape is generally punishable by up to 10 years in prison.

Separately, Nanchang University removed Zhou Bin from his post as a deputy head of its Institute of Chinese Classics on Dec. 18 after a former student accused him of sexual assault. Zhou is still employed at the university.

The student, identified only by the pseudonym “Xiaorou,” said in a Weibo post that the alleged assaults, which lasted for seven months in 2016, didn’t stop until she developed “trauma-related disorders.” She didn’t offer details on what kind of trauma she suffered or the nature of sexual assault involved.

She also didn’t say what prompted her to come forward.

The university said it is working with local police to investigate the allegations and Zhou will be allowed to continue to work at the university pending results from the investigation.