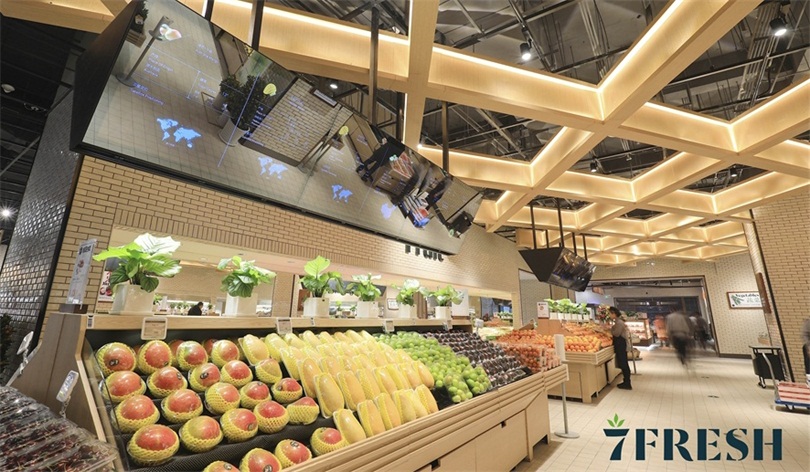 JD.com says it plans to open more than 1,000 7Fresh store across China over the next three to five years. Photo: JD.com

The 4,000-square-meter supermarket in southern Beijing, named 7Fresh, has been in a trial run since Dec. 29, receiving an average of more than 10,000 daily customers and a total of more than 1 million yuan ($150 million) in daily sales, according to JD.com.

JD.com plans to open more than 1,000 7Fresh store across China over the next three to five years, said Wang Xiaosong, the president of 7Fresh. JD.com may seek partners to jointly operate the supermarkets, according to Wang.

Internet retail giants have competed fiercely for online grocery and food sales over the past couple of years. Now the top players are extending the battlefield offline.

Alibaba announced Wednesday that it will open 30 Hema supermarkets in Beijing this year.

Both 7Fresh and Hema focus on sales of fresh food like vegetables, fruit and seafood. They have both launched a mobile application allowing users to place orders online and have their purchases delivered to their doorstep.