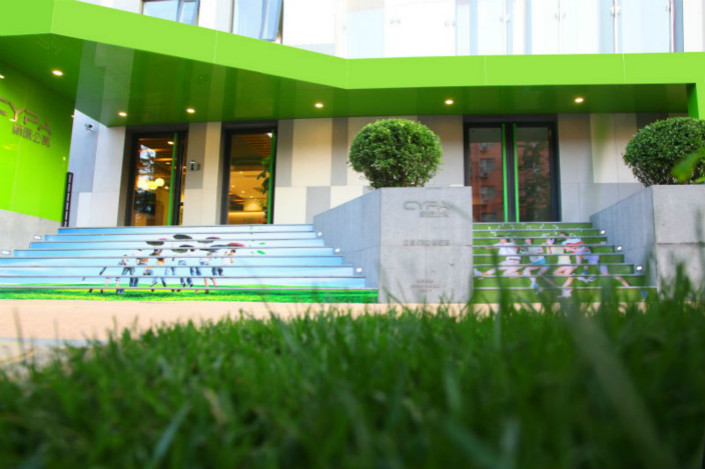 For Wang Gehong, helpful government policies and access to liquidity are crucial for professional landlords like himself to scale up their businesses.

On Nov. 3, the Chinese mainland finally debuted its first securitized real estate trust, backed by residential properties owned by Wang — though it only qualifies as a “quasi” real estate investment trust (REIT).

Unlike a “real” REIT, Wang’s Shenzhen Stock Exchange-listed securitized real estate trust is not publicly traded, and is restricted to no more than 200 buyers, each of which must purchase at least 1 million equivalent shares. It was a 270 million yuan ($41.54 million) residential quasi-REIT, backed by rental homes owned by China Young Professional Apartments (CYPA), a company that Wang founded.

Poly Real Estate Group has also secured the regulatory approval to issue the country’s second residential quasi-REIT, for which the company is looking to raise 5 million yuan, though the timing of launch remains unclear.

Securitized real estate trusts have been slow to take off in China. The first, which also qualifies only as a quasi-REIT, hit the mainland stock market in April 2014. It was backed by offices in Beijing and Shenzhen owned by Citic Securities, according to Royal Institution of Chartered Surveyors.

Low rental yields, a lack of tax incentives, low investor awareness and the country’s capital flow restrictions are behind the slow uptake, according to investment management firm Jones Lang Lasalle.

Four quasi-REITs were launched in the mainland since then. With the exception of Wang’s trust, all others are backed by retail and office space. There is no “real” REIT in China.

But, because Chinese government has recently renewed its housing policy emphasis on rental homes, especially in first-tier cities plagued by runaway home prices, Wang and other profession landlords have realized they need to move fast before their business gets too crowded. And they need money.

“REITs help property investors exit while making a profit,” Wang said. “If a developer paid 1 billion yuan for the land, and went public in a REIT three or four years later, the developer might be able to rake in 2 billion yuan. That profit could be just as big as from selling the homes directly.”

As a financial instrument, the REIT has helped accelerate urban growth in many countries, from the U.S. to India. Securitization allows issuers — real estate owners or investors — to retain ownership of the properties, while raising significant funds by selling shares backed by rental income from those properties. REITs allow capital to be recycled and invested into other properties, propelling its industry’s expansion. This instrument also allows the average investor to invest in real estate without having to actually buy property.

Rather than relying on home ownership to solve the housing shortage as it had done over the past few decades, the government vowed to step up efforts to encourage developers to build more rental homes based on long-term leases.

The government planned to offer preferential policies to support landlords like Wang, as well as the builders and suppliers of rental homes. The aim is to stabilize home prices by ensuring steady supply, both of purchases and leases.

“The rental housing policy is no less significant than the residential housing reform 30 years ago. It will transform the property market,” Wang said.

In China, annual rental income from residential properties could more than double to 4 trillion yuan from now until 2027, real estate research firm E-House China R&D Institute projected. By then, about 190 million urbanites will be living in rented homes, the institute estimated.

Wang, who co-founded JW Stone Properties Fund in New York before returning to China, said he started CYPA four years ago when he realized many young white-collar workers could not afford to live near where they worked downtown.

“Moving these young professionals to city centers was my first thought when I started the (CYPA) project,” he said.

“If the condos are not centrally located, it doesn’t make any sense,” he added.

Then, in August 2013, he pulled money from 32 investors to form a private equity fund, SAIF Properties Fund. The fund then bought a hotel located 1 kilometer south of Beijing’s central business district for 130 million yuan, and converted the rooms into 101 condos the following year.

Most of the condos managed by the CYPA are small, around 40-60 square meters. Monthly rent ranges from 8,000 yuan to 10,000 yuan per condo, an employee of CYPA said.

“For the rental housing market to go forward, REITs are a must, and that the financial market must also support this,” Wang said.

In October, the Shenzhen Stock Exchange took only 20 days to approve CYPA’s plan to float a REIT on the exchange.

However, REITs in China can only be sold to no more than 200 qualified buyers, and each of them is subject to minimum investment amount. These restrictions, only applicable in China, along with the absence of any tax deduction incentives, have made real estate trusts in China so-called “quasi”-REITs.

Whether they are real or quasi-REITs, China is forging securitization of real estate in a bid to speed up urban growth and alleviate housing shortages, especially in first-tier cities.

Preferences could be offered to issuers that have controlling ownership of underlying assets, which are operating in first-tier cities and have had a stable flow of rental income for more than three years, Wang said.

Financing channels such as ABSs and REITs, unlike bank loans, inject capital to help landlords and developers expand, without being constrained by low capital return as tenants pay rent on a monthly basis, Yan said.

The Chinese government has been mum on when it will lift all the current restrictions on REITs, which would help get REITS in line with international standards. Still, Wang stressed the importance of being ready. “Rather than asking when, you should be prepared so you can be the first one to move when the light turns green,” he said.