Most of Macau’s ATMs Can Recognize Faces 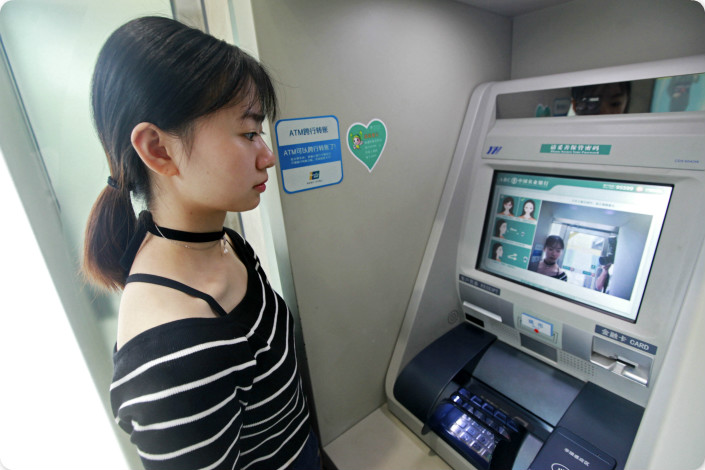 Most of Macau’s cash machines can now recognize the faces of holders of mainland-issued bank cards, the city’s monetary authority has said, in part of its effort to crack down on money laundering.

A total of 1,040 ATMs, or around 90% of the special administrative region’s total, have been installed with a facial recognition system, the Monetary Authority of Macau said in a statement.

In addition to facial recognition, holders of mainland-issued bank cards also need to have their identities verified against their Chinese identity cards before they can withdraw money from these machines, which are labeled with the “Know Your Customer” logo.

But the functions only apply to bank cards issued on the mainland by Chinese and foreign companies including China UnionPay, Visa, Mastercard, American Express, JCB, Diners Club and Discover. Cards issued in other countries and regions are not affected, according to the statement published on Tuesday.

“Irregular withdrawal activities have been stopped since the implementation of the above measures, promoting the security of the financial system” of the territory, the statement said.

Large cash withdrawals on bank cards in Macau have long been one of the main ways that Chinese capital gets moved offshore.

In terms of value, more than half of overseas cash withdrawals on mainland-issued bank cards in recent years took place in Hong Kong and Macau, a source with knowledge of the matter, who declined to be named, told Caixin.

In one of the high-profile cases, a couple from the eastern province of Zhejiang illegally traded more than 105 million yuan ($16.2 million) worth of foreign exchange by withdrawing cash held in 402 accounts from ATMs in Macau from October 2014 and October 2015. The accounts were registered under the names of different people, according to a court ruling in 2016.

The State Administration of Foreign Exchange last week issued a notice limiting the maximum amount of cash withdrawals abroad that can be made with a China-issued bank cards to an amount equal to 100,000 yuan per person in each calendar year. Previously, an annual limit of 100,000 yuan for overseas withdrawals was set for each bank card.

It also prohibited people from borrowing or lending bank cards to others for making overseas cash withdrawals.

The new rules took effect at the beginning of this month.