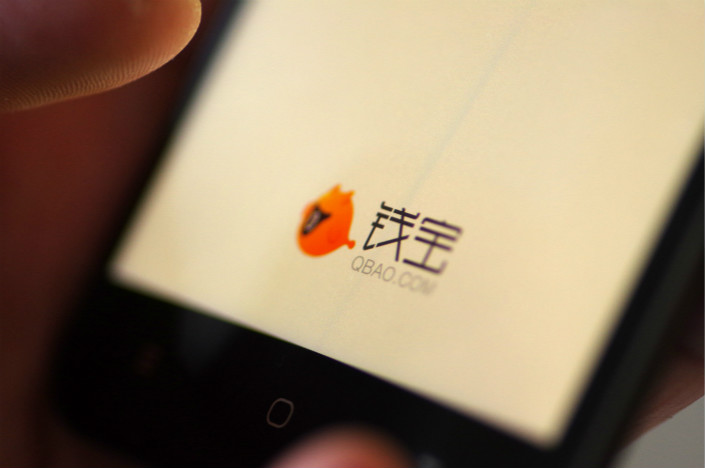 Internet finance firm Xiaosheng Youfu imitated the model of its competitor Qianbao, including promotions to attract new users. Xiaosheng Youfu created a point-based system in which users who put in a minimum of 199 yuan would earn a higher ranking and therefore greater interest payments. Photo: IC

Users of a Nanjing-based internet finance company have been scrambling to cash out after getting spooked by the collapse of its peer Qianbao.

The offices of Xiaosheng Youfu (XSYF) were empty of staff on Saturday, but crowded with users discussing what their next move will be. Some said they had already gone to the police.

The head of Qianbao, which has a similar model to XSYF, had turned himself in to Nanjing police for “alleged crimes” related to illegal fundraising, according to a statement that appeared on Qianbao’s website on Dec. 27.

Launched in 2012, Qianbao, which means “money treasure” in Chinese, promised high returns to investors after they parked a minimum amount of money in the company’s account and took part in promotional activities such as sharing information about products on social media.

XSYF imitated Qianbao’s model, including the promotions, and created a point-based system in which users who put in a minimum of 199 yuan ($30.60) would earn a higher ranking and therefore greater interest payments.

XSYF also made its own innovations to the model, with its virtual “card” system. Each time another 400 people invested in the platform, a batch of new cards would be released, each costing 5 yuan. The more cards a user purchased, the greater their interest payments.

Last week, the company issued a statement that said it would not allow users to withdraw their cash until March 1, but the bonuses given to users for promoting the platform would be handed out as normal.

This apparently made some users nervous, with many heading to XSYF’s office on Friday to demand their money back. Some told Caixin that they managed to get about 20% of their principal back. One user said that “staff members were holding bags full of money to hand out,” but claimed that this stopped after some “thuggish-looking” people appeared and disrupted employees.

According to people familiar with the case, XSYF dismissed its employees around 3 a.m. on Saturday.

As of Dec. 28, XSYF had issued a total of 320,000 virtual cards, raising at least 1.6 million yuan for the platform. Its business report indicates that it had 120,000 registered users at that time.