By Xiao Hui and Li Rongde 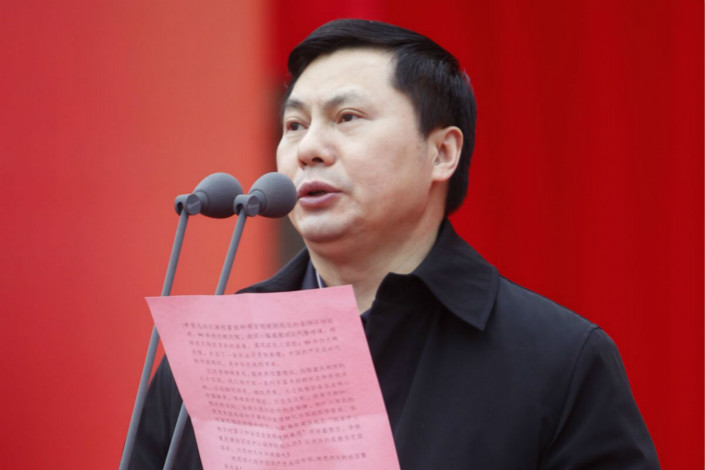 Xia Zeliang, a former district official in Chongqing, admitted during his 2014 corruption trial to providing cyanide to Bogu Kailai in 2011. The cyanide given to Bogu, the wife of then-Chongqing party Secretary Bo Xilai, was used to kill British citizen Neil Haywood. Photo: IC

But the 2014 sentence was linked to corruption charges, and the official was never charged with being an accomplice in the high-profile killing in the West China municipality of Chongqing, according to a document released on Nov. 8 via China Judgments Online, an archive affiliated with China’s Supreme People’s Court.

Xia Zeliang, a former party secretary of Chongqing’s downtown Nan’an district, was convicted in November 2014 by Changchun Intermediate People’s Court of bribery involving 25 million yuan ($3.84 million) and the illegal possession of ammunition, according to the newly released document.

Xia, 56, amassed the ill-gotten gains from 2003 to 2012 when he served as party secretary of Chongqing’s Rongcheng county and later the municipality’s Nan’an district, according to the court paper that was widely shared on social media this week. About 360 bullets and an ammunition case were also found in his possession.

Xia admitted during his trial to supplying Bo’s wife, Bogu Kailai, with cyanide. The deadly poison was used in the murder of British businessman Neil Heywood in November 2011, documents from Bogu’s trial at Heifei Intermediate People’s Court in August 2012 showed. But Xia was never charged in connection with Heywood’s murder, the court record showed.

It isn’t uncommon for Chinese courts to delay the public release of some court documents, especially those linked to high-profile corruption cases deemed sensitive.

Investigations into the murder led to the dramatic downfall of Bo, a “red princeling” who served as party secretary of Chongqing. He was sentenced to life in prison for bribery, embezzlement and abuse of power in September 2013.

Bogu was convicted of murdering Heywood together with her driver, and was sentenced to death with a two-year reprieve by the Hefei court in the eastern province of Anhui in August 2012. Beijing People’s High Court commuted her sentence to life imprisonment in late 2015.

Xia told the Hefei court that Bogu approached him for help procuring the cyanide in August 2011. He was able to acquire the substance from an associate named Tang Hongwei two months later, and the cyanide was delivered hidden inside two red candles, he said.

Tang, who also testified during Bogu’s trial, had verified Xia’s statement. It isn’t clear whether Xia had knowledge of the plan to murder Heywood at the time he purchased and delivered the cyanide to Bogu.

Xia was a proponent of Bo’s controversial campaign to popularize “red songs,” a populist tactic reminiscent of the ones used during the tumultuous decade of the 1966-76 Cultural Revolution.

The Nan’an district authority staged hundreds of red-song concerts in 2010 alone, government data showed. Xia got closer to Bo and his family somewhere around 2010, according to several Chongqing officials who knew him.

Xia’s political career came to an abrupt end after he was implicated — along with 20 other government officials and senior state-owned company executives — in a damning sex-tape scandal in 2010.

He was reportedly expelled from the party and public service in May 2013, but had been taken into police custody much earlier, in March 2012, court records showed.

There was no official announcement of his arrest until the court document was made public on Nov.8.

Xia had his 15-year sentence commuted by six months in late October, according to the document.