By Li Mingming and Pan Che 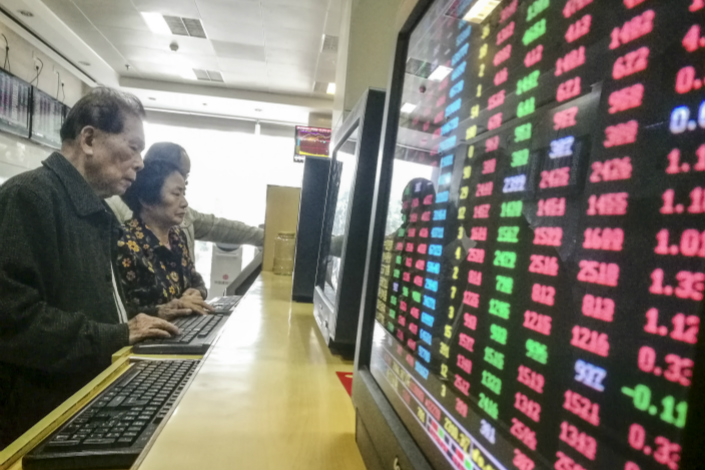 The revised guidelines on pledged-stock borrowing, which will take effect on March 12, stipulate that pledged-stock repurchase contracts cannot be longer than three years. Photo: Visual China

Regulators have tightened rules on pledged-stock loans in a bid to curb reckless borrowing by major shareholders and steer capital raised through pledged stocks into the real economy.

Pledged-stock repurchase agreements are a method used by major shareholders of listed companies to get funding from financial institutions by pledging their shares and then agreeing to buy them back at a prearranged date.

The revised guidelines on pledged-stock borrowing, which were published last week by the Shanghai Stock Exchange and the China Securities Depository and Clearing Corp. (CSDC), will take effect on March 12. The guidelines stipulate that pledged-stock repurchase contracts cannot be longer than three years, which means shareholders must buy back the shares within that time.

It also said the borrowers pledging securities must borrow at least 5 million yuan ($774,000), and the minimum increment for raising the loan must be 500,000 yuan, though the Shanghai Stock Exchange can grant exceptions on a case-by-case basis.

The shares that can be pledged as collateral must be publicly traded A-shares on the Shanghai Stock Exchange, or other securities recognized by the exchange and the CSDC.

To head off risks brought by fluctuations in share prices, the regulators said a single pledge can’t exceed 50% of the stock’s total traded volume on a public exchange. An analyst said this is an area that regulators have been keeping a close eye on.