By Pan Che and Yang Qiaoling 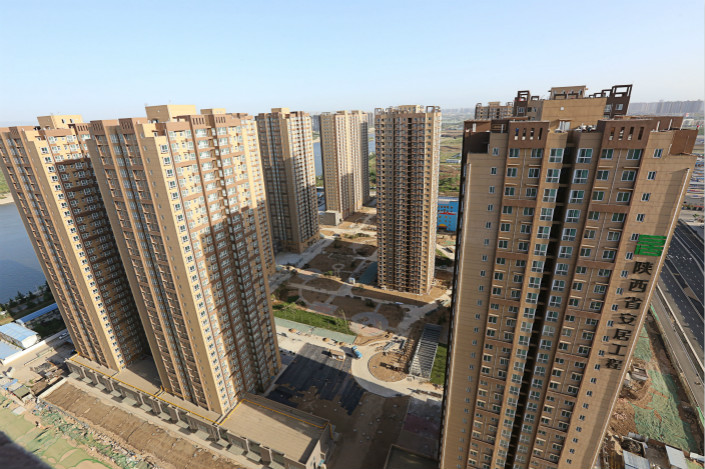 Shangzhuang village is home to the largest public rental housing estate in Xi'an, Shaanxi province. As a financial instrument, the REIT has helped accelerate urban growth in many countries, including the U.S. and India. The global market value of REIT products has grown to an estimated $1.8 trillion. Photo: VCG

A tax cut and a more consistent tax policy are essential to further develop China’s real estate investment trust (REIT) market, according to a report by a top business school.

Overlapping taxes and unstandardized tax codes in regard to REIT products are major impediments to the development of the REIT market in China, said Liu Qiao, finance professor and dean of the Guanghua School of Management at Peking University in Beijing.

“The high taxes for launching a REIT product discourage firms from taking part. The subsequent tax burden for operating REITs also lowers their rate of return, making them less attractive for investors,” Liu said at a press conference on Wednesday for the release of the report.

A REIT is a securitization of real estate assets. It allows issuers — real estate owners or investors — to raise funds by selling shares backed by properties that generate profits, such as through rental income. REITs allow capital to be recycled and invested back into other properties, propelling the industry’s expansion. This instrument also allows the average investor to invest in real estate without having to actually buy property. In a mature REIT market, more than 90% of taxable income will be passed to retail investors as dividends, the report said.

As a financial instrument, the REIT has helped accelerate urban growth in many countries, including the U.S. and India. More than 40 countries and regions have issued REIT products, whose global market value has grown to an estimated $1.8 trillion. Liu noted that favorable tax policies were major drive behind the REIT market development in these places.

According to a calculation included in the report, the comprehensive tax rate levied on the issuers of REIT products could be as high as 21%, which means launching a REIT backed by a property valued at 10 billion yuan ($1.58 billion) could carry a tax cost of 2.1 billion yuan.

After a REIT product gets listed on a public exchange, the property management company, which is responsible for running the property profitably to generate a stable rental income — could also be subject to multiple taxes such as property tax and added-value taxes on the rental income. In Liu’s calculation, the tax burden for a property management company could reach 100 million yuan a year.

The report also found that the regulators do not have clear and consistent rules for the issuance of REITs. Instead, they hand down approvals on a case-by-case basis. This causes confusion. “Something may be feasible in place A, but not in place B. Something may be OK in 2016, but not necessarily in 2017,” Liu added.

For dealing with these problems, Liu suggested that China should draw on international conventions and map out preferential tax-deduction polices to reduce costs for REIT issuers and management firms.

Liu said the government doesn’t need to fret over a potential decrease in tax revenues as a result of tax deductions for the REIT market, as new sources of tax revenue will emerge as more real estate gets securitized through REITs.