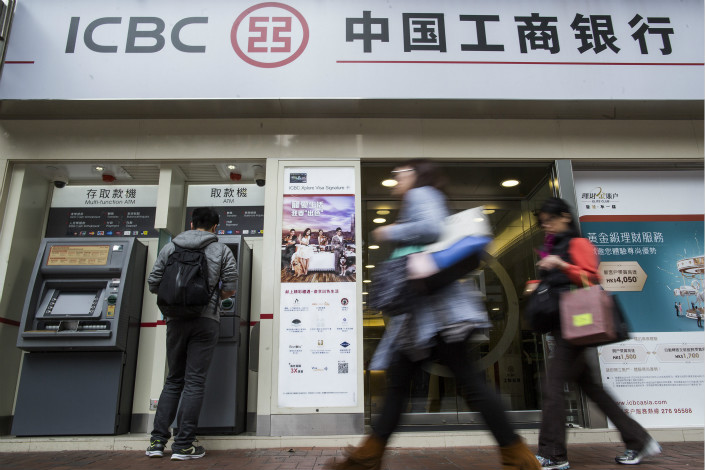 China’s largest bank said it has rectified operations at one of its American branches to comply with an order from the U.S. Federal Reserve.

The Industrial & Commercial Bank of China Ltd. (ICBC) has improved operations at its New York branch to comply with the Fed’s recent order to fix the lender’s risk management deficiencies, according to ICBC Chairman Yi Huiman.

ICBC has reacted proactively to the order and has been solving the issues accordingly, Yi told Caixin on the sidelines of the ongoing meeting of China’s top legislature in Beijing.

The Fed warned the state-owned ICBC, the world’s largest bank by market value, last week about “significant deficiencies” in the risk management of its New York branch, which failed to comply with rules that seek to prevent money laundering.

In an enforcement order, the Fed demanded ICBC work out an “internal program” with risk-based auditing that “encompasses all appropriate areas of audit coverage.” ICBC was told to submit new policy plans to the Fed within two months, according to the order.

The Fed also asked ICBC to hire an independent auditor to review its U.S. dollar clearing transaction activity from July through December 2016, to check for suspicious activity involving high-risk customers or transactions.

The Fed’s order is a regulatory warning that neither involves any actual penalty nor indicates substantial violations by the bank, Yi told Caixin.

The order “didn’t say we had made actual violations but indicated that we still fall behind the best performers,” Yi said.

This is not the first time ICBC has been targeted by overseas regulators regarding risk management issues. In 2016, ICBC’s branch in Madrid, Spain, was accused of involvement in money laundering, and several senior executives were arrested. In 2017, a Spanish judge launched an investigation into ICBC’s European headquarters in Luxembourg, charging it with aiding criminal organizations in laundering more than $256 million.

Amid accelerating expansion overseas, Chinese banks have been facing greater challenges to comply with tightening regulations in recent years, in Europe and the U.S. Several lenders, including Bank of China, Agricultural Bank of China and China Construction Bank, have received warnings or punishment for their overseas operations.

ICBC operates over 400 branches in more than 40 countries and regions globally. Its overseas branches dealt with transactions worth $897 billion in 2016, according to the company.