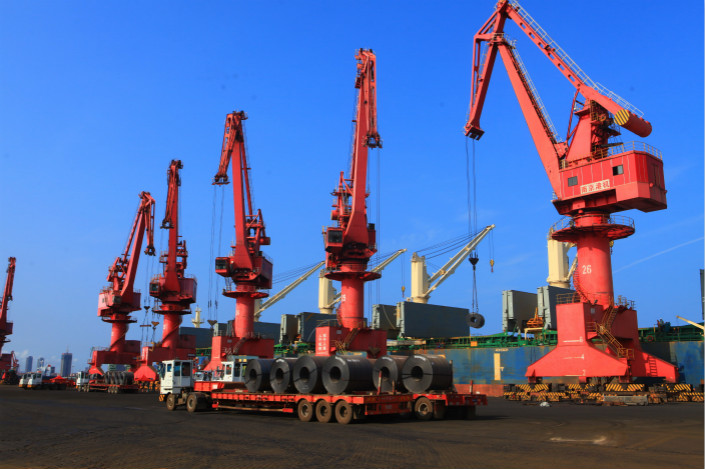 China on Monday launched an anti-dumping investigation into imported phenol after Chinese petrochemical firms complained that several countries have been dumping in the domestic market.

In February, several domestic petrochemical companies filed a complaint with the Ministry of Commerce that accused the United States, the European Union, South Korea, Japan and Thailand of dumping phenol products on the Chinese market, according to a statement by the ministry. The complaint said the other countries’ actions reduced domestic producers’ profits and damaged the industry.

The investigation will look into activities that took place between Oct. 1, 2016, and Sept. 30, 2017, the statement said. It will last at least one year and could be extended another six months under special circumstances.

The investigation comes at a time when global observers and investors are keeping a close eye on any trade news from China or the U.S. as mounting trade tensions between the two upset global stock markets last week. On the Chinese mainland on Friday, the benchmark Shanghai Composite Index plunged 3.39%, and the the Dow Jones Industrial Average in the U.S. shed 1.77%.

On Thursday, U.S. President Donald Trump signed a presidential memorandum that threatened to impose tariffs on up to $60 billion worth of Chinese goods. China has responded that it doesn’t want a trade war, but will protect its interests if necessary.

“We don’t want to engage in a trade war with any county, but if our national interests are being hurt, we have to take all necessary measures to defend them,” Wang Shouwen, China’s vice commerce minister, said Sunday at the 2018 China Development Forum in Beijing.

Over the weekend, U.S. Treasury Secretary Steven Mnuchin said that the tariffs can be avoided if Beijing and Washington can come to an agreement on outstanding trade issues.