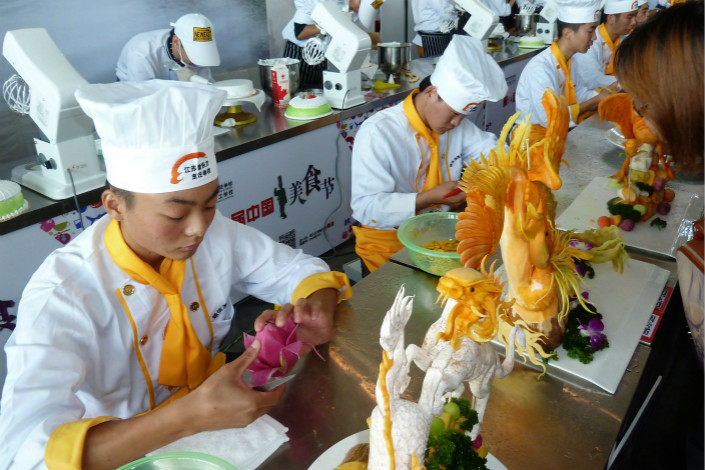 After an oversubscribed IPO that brought in approximately HK$1.2 billion ($152.9 million) in net proceeds, Xinhua Education’s stock opened for trading at HK$3.09 per share, lower than its offer price of HK$3.26. By the end of trading on Tuesday, the company’s share price was at HK$3.25.

As of September, the company’s schools had a total enrollment of more than 32,000 students, according to the IPO prospectus. Xinhua Education’s revenue for the first three quarters of 2017 was 220.8 million yuan ($35.1 million), up from 200.4 million yuan in the same period in 2016, although its profit fell by 3 million yuan, the company said in the prospectus.

Xinhua Education is the second Chinese education provider to go public in the past week. On Friday, online adult-learning firm Sunlands Online Education Group made its lackluster debut on the New York Stock Exchange (NYSE). Sunlands’ American depository shares fell 3.5% by the end of their first day of trading amid growing fears of a trade war between China and the U.S.

China’s private education IPO boom kicked off over a decade ago. New Oriental Education & Technology Group Inc., one of China’s oldest and largest companies offering extracurricular classes, started trading on the NYSE in 2006.

The pace has quickened in recent years, with at least seven Chinese education companies conducting overseas IPOs in 2017, with China Yuhua Education Corp.’s $240 million Hong Kong listing and Minsheng Education Group’s $196 million debut, also in Hong Kong, were among the largest education listings of the year.

China’s private-education sector has grown steadily in recent years, driven largely by high growth in kindergartens as the country’s population policies were gradually loosened, according to a recent report by Deloitte. Investor interest in the sector is expected to be further stoked by new laws on private education that came into effect in September. “Private schools could change into for-profit ones, which drives capital to chase private schools,” the report said.