Failed Hostile Takeover for Vanke Leaves Baoneng in a Fix 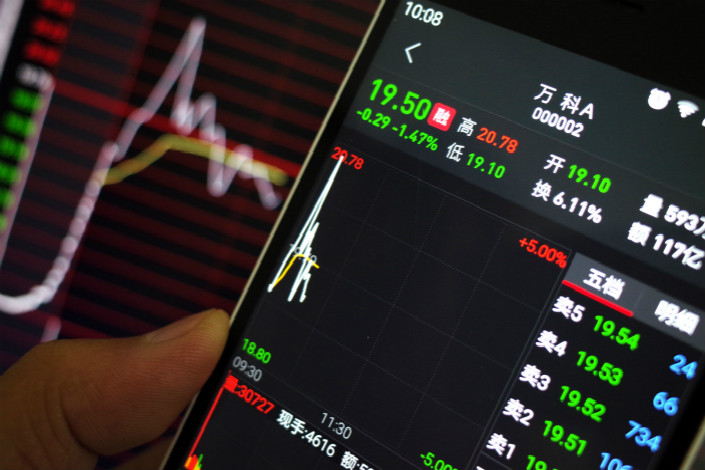 Jushenghua, a subsidiary of corporate raider Baoneng, announced it will sell its stake in real estate giant Vanke to comply with securities regulations. Photo: VCG

China’s crackdown on financial risks and highly leveraged investments has caught Shenzhen Jushenghua Industrial Development Co., a subsidiary of corporate raider Baoneng Group, in its crosshairs. It has also left investors worried that part of the investment management firm’s stake in China Vanke Co., the country’s biggest listed property developer by assets, could be dumped onto the stock market to comply with new regulations on leveraged share purchases.

Jushenghua was left with an 18.73% holding in Vanke after Baoneng’s hostile bid for the homebuilder failed back in 2016. More than half of that holding, 10.34%, was bought with borrowed money raised through the sale of nine separate asset management plans (AMPs) to banks. For every 1 yuan (16 U.S. cents) Jushenghua put up itself, it borrowed 2 yuan through the plans, a leverage ratio of 1:2. So of the 21.2 billion yuan Jushenghua spent on the 10.34% stake, which amounted to just over 1.14 billion shares, 14.7 billion yuan came from the AMPs it sold to the lenders — Ping An Bank, Guangfa Bank, China Minsheng Banking Corp. and China Construction Bank.

But under rules put out by the China Securities Regulatory Commission (CSRC) in July 2017, those AMPs cannot be rolled over into new plans when they mature because of the leverage involved — the maximum ratio allowed by regulators is 1:1. The plans must be liquidated and the shares sold, according to the regulations.

Seven of the nine AMPs matured at the end of 2017, and in January, Liu Shuwei, an independent board director of Vanke and a professor at the Central University of Finance and Economics in Beijing, wrote an open letter to the CSRC pointing out that Jushenghua had not liquidated the plans or sold the shares. Parent company Baoneng, which ultimately controls Jushenghua’s stake and a 6.67% stake held by another subsidiary, Foresea Life Insurance Co., responded on Jan. 30 that Jushenghua had signed additional agreements with the related parties to extend the maturity of the plans, although it’s unclear for how long.

“In theory, unless there is a special agreement in place to cover those asset management plans, then the company should sell as much as they can during the liquidation period,” a compliance staff of a fund manager told Caixin. “However, if there’s a large volume of shares, or there are other constraints — for example, the shares are suspended — the liquidation period could be extended, although it all depends on the attitude of the regulators.”

Vanke’s shareholders were left in the dark about how Jushenghua would deal with its 10.34% stake, and investors were concerned that it may dump the stock onto the open market, which could create a false market in the shares and cause significant volatility in the share price.

On April 3, Jushenghua made an announcement (link in Chinese) ruling out the possibility of such a sale, and said that it would try to dispose of the shares either through block trades or through transfer agreements to “avoid drastic fluctuations in the share price of Vanke or negatively affect the smooth operation of the market.”

Vanke’s Shenzhen-listed shares have dropped 5.58% since Jushenghua’s statement on Tuesday, underperforming the overall market, which fell by 0.78%, and a gauge of listed property developers, which shed 1.66% over the same period. The shares were trading at 31.62 yuan on Monday.

If Jushenghua did decide to sell through a block trade, even at a 10% discount to the current price, it would still be making a significant profit on its holding. The carrying cost of the shares bought through the AMPs is 19.83 yuan per share, according to Caixin calculations based on documents filed by Vanke to the Shenzhen Stock Exchange, giving it a profit of almost 9.9 billion yuan.

But speculation is increasing that Baoneng, which formally gave up its hostile takeover bid in a statement on Jan. 13, 2017 (link in Chinese), may be forced to keep hold of the stake and will end up shifting the shares between its related subsidiaries. The company did not respond to Caixin’s request for comment about its intentions.

“Those shares can’t be transferred to other market institutions,” one investor who follows the property sector told Caixin, pointing out that even at a 10% discount, the shares are too expensive. “Baoneng’s only option will be to shuffle the stake around among its subsidiaries.”