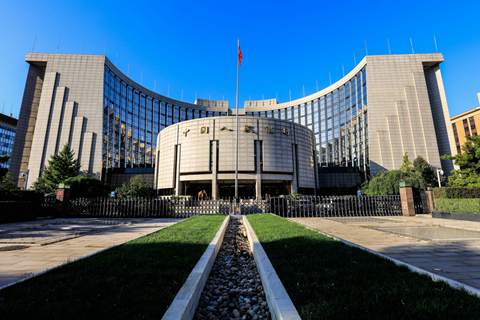 The central bank last week said it would lower the reserve requirement ratio (RRR) by 1 percentage point for banks whose RRRs were 15% or 17%. Photo: IC

China’s 1 percentage point cut in the reserve requirement ratio for most commercial banks took effect Wednesday without releasing as much cash into the market as some had expected.

The reserve ratio reduction was expected to lower money market rates back to levels before monetary policy tightening began last year, but the drop was minimal and rates remain high, a trader said.

On April 17, the People’s Bank of China (PBOC) unexpectedly announced it would lower the reserve requirement ratio (RRR) on April 25, affecting most commercial and foreign banks. For banks previously required to keep cash reserves equal to 15% of assets, the new RRR was set at 14%. For other banks with a 17% RRR, the new rate is 16%.

The move was supposed to release about 1.3 trillion yuan ($205.7 billion) of liquidity into the banking system. But banks were also required to use freed-up liquidity to pay back 900 billion yuan of loans to the central bank, leaving a net injection of 400 billion yuan.

On Wednesday, the central bank also drained a net 150 billion yuan from the financial system through open market operations, making the net injection to banks that much less than expected.

Repo rates retreated after 3 p.m. Beijing time when some big commercial banks injected more supply to the market, traders said. The Shanghai Interbank Offered Rate (SHIBOR) closed at 2.728% on Wednesday, 80 basis points lower than the prior day. A basis point is one-hundredth of 1 percent, or 0.01%.

Although liquidity in the interbank market is relatively adequate, liquidity among non-bank financial institutions is tight, traders said.

The tight supply is partly because banks have largely maintained modest excessive deposit reserves, and they recently handed over tax deposits from local businesses and other institutions to the central government, putting seasonal pressure on liquidity, said Li Qilin, chief macroeconomic researcher at Lianxun Securities Co.

An interbank business manager said the reserve ratio cut has a lagging effect on market liquidity. Some traders said liquidity eased significantly after 4 p.m. Wednesday, probably because some banks received cash released by the central bank.

Some market participants attributed tight liquidity to the high level of leverage by non-banking institutions. A recent sharp drop in yields on government bonds encouraged many institutions to borrow money to buy bonds.

The PBOC reiterated Wednesday that its stable, neutral monetary policy remains unchanged and that the reserve ratio cut is intended to enable banks to pay back their medium-term lending facilities, as well as provide smaller institutions with funds for extending credit to micro-enterprises.

The central bank said it expects that overall liquidity in the banking system won’t change much with the reserve cut offset by the tax payments.