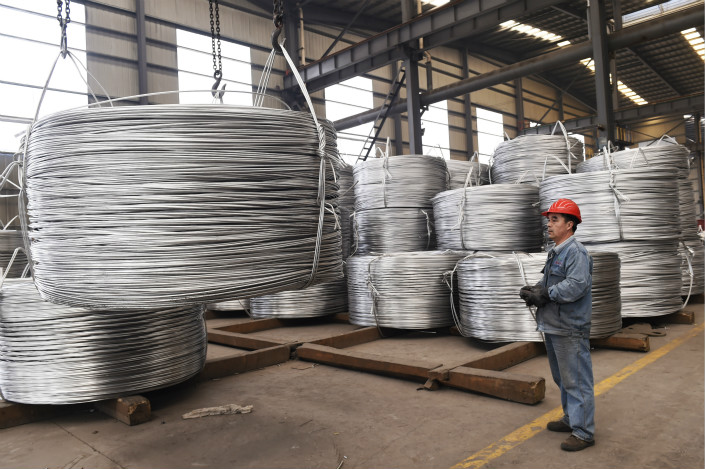 Expansion in China’s manufacturing activity slowed in April as growth in new orders, exports and imports decelerated amid an intensifying trade spat between China and the U.S.

China’s official manufacturing purchasing managers’ index (PMI) fell to 51.4 in April, edging down from March’s 51.5, according to data released by the National Bureau of Statistics (NBS) on Monday. A number above 50 indicates an expansion in manufacturing activity, while anything below means a contraction.

The firm predicted that the strength of the country’s manufacturing sector will be short-lived due to headwinds from the real estate industry and slower credit growth as the government tries to curtail financial risks.

Surveyed manufacturing companies said they felt pressure building from the rising costs for labor and logistics, Zhao Qinghe, an analyst with the NBS, said in a statement accompanying the data release.

Zhao noted that the number of companies reporting rising costs grew for the third straight month. About 13.6% of the firms polled said fluctuations in the yuan’s exchange rate impacted their business, the most since March 2017.

The nonmanufacturing PMI, which covers the services and construction sectors, rose to 54.8 in April, up from 54.6 in March and 54.4 in February, pointing to faster expansion in the services sector, the NBS said.

The official PMI covers about 3,000 large and midsize manufactuirng firms in China.

The independent Caixin manufacturing PMI will be published on Wednesday, and the Caixin China General Services Business Activity Index will be released on Friday.