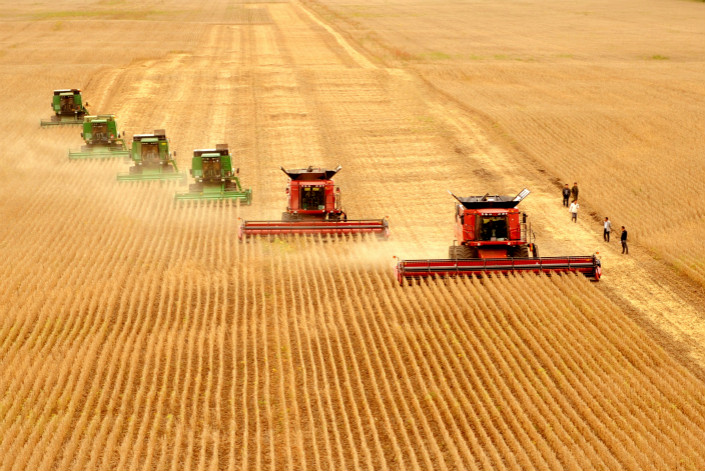 *Motivation for move not just recent Sino-U.S. trade tensions, but hitting a cultivation target established by the government in 2016

(Beijing) — Northeastern provinces have urged their farmers to plant more soybeans this year, a move that likely aims to cushion the impact of planned tariffs on U.S. soybeans.

The news came as the world’s two largest trading partners were in talks in Beijing in a bid to find a solution to soothe their ongoing trade feud. The official Xinhua News Agency said both sides have reached a consensus in some areas, but “big differences” remain.

In April, China threatened to impose a 25% reprisal tariff on 106 U.S. product lines — including soybeans and automobiles — after the U.S. government said it will introduce a 25% punitive tariff on Chinese goods worth $50 billion following its investigation into allegations of intellectual property rights violations.

China was the world’s largest importer of soybeans in 2017. Net imports grew 13.9% year-on-year last year to a total 95.5 million metric tons (105.3 million tons), which were mainly used in the production of soybean oil and livestock feed. The U.S. is the second-largest soybean exporter to China after Brazil, with China buying a total of 32.9 million tons of soybean from the U.S., accounting for 34.4% of China’s total soybean imports last year.

Heilongjiang province, an agricultural stronghold in Northeast China, aims to use an extra 7 million mu (1.15 million acres) for soybean cultivation this year, and a government subsidy of up to 200 yuan ($31.46) per mu of soybeans will be awarded to farmers, several Chinese media outlets, including the official Huanqiu and the Shanghai-based The Paper, cited provincial government documents as saying in Thursday reports.

Soybean output needed to be adjusted according to fluctuations in the international soybean market, a statement issued by the government of the Heilongjiang city of Beian read. The city was asked to increase its soybean crops by about 66,000 acres this year. The statement added that expanding the amount of land used for soybean cultivation is not just an emergency measure but also a long-term strategy to optimize the structure of the agriculture sector.

Authorities in the northeastern province of Jilin have mapped out their own plan to boost soybean output but without giving any details on the areas involved, the cultivation target or any subsidies.

Zhang Jinjie, soybean futures analyst with Shandong province-based consulting firm Sublime China Information, told Caixin that in addition to the recent trade tensions, an important factor in the decision to boost the country’s soybean output was also hitting a target for cultivation of the crop set by the Agriculture Ministry in 2016.

However, she said this goal may be hard to reach, as despite government efforts, many farmers across China are choosing more-profitable corn over soybeans. Zhang predicted that less land will be used to grow soybeans nationally than in the previous year.

The ministry’s target says that 23 million acres should be used to grow soybeans by 2020. About 20 million acres of land were under soybean cultivation in the 2017-18 period, according to the ministry.