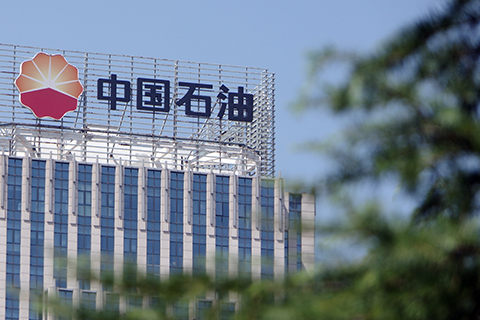 Chinese state-owned oil giant China National Petroleum Corporation (CNPC) is mulling taking over Total SA’s stake in the South Pars gas field in Iran if the French company is forced to pull out of the multibillion-dollar project to avoid U.S. sanctions against Iran.

The French company said in a statement issued Wednesday that due to the U.S. decision to withdraw from the Iran nuclear deal, the company will terminate all the operations at the South Pars natural gas field before November 4 if it fails to secure an exemption from the sanctions the U.S. vowed to re-impose on Iran earlier this month.

Total is working with the U.S. and French governments to explore the possibility of an exemption, but for now has halted all new investment in the project.

Companies will be allowed up to 180 days to wind up existing contracts with Iranian counterparties and reduce purchases of Iranian crude, according to an article by the New York Time citing the U.S. Treasury Department.

CNPC, China’s largest oil and gas supplier, told Caixin that the state-owned conglomerate is considering acquiring the Total’s majority stake in the project if the French company pulls out.

A CNPC source told Caixin that CNPC’s wholly owned overseas business subsidiary, China National Oil and Gas Exploration and Development Corp., is leading research into the possible purchase of Total’s stake and would handle negotiations of any deal with Total.

A consortium led by Total and CNPC signed a 20-year contract in July 2017 to develop Phase 11 of Iran’s South Pars field with an expected total investment of $4.8 billion.

Total holds a 50.1% stake in the consortium, while CNPC owns a 30%s share. The state-owned National Iranian Oil Company (NIOC) owns the remaining 19.9% via its subsidiary Petropars. Production from the project is set to start in mid-2021. The development was still underway until March, according to the CNPC-owned industry newspaper.

The project would need a new operator if Total withdraws.

Total warned that its U.S. shareholders and the U.S. banks with which it does business would suffer from the U.S. sanctions, threatening the company’s future operation in the U.S. Bank of America, the second largest U.S. bank by asset size, accounts for fully 90% of the company’s U.S.-based financing while U.S. investors hold more than 30% of Total’s outstanding shares, the French company said in a statement.

U.S. President Donald Trump announced May 8 his decision to withdraw the U.S from the Iran nuclear deal, calling the agreement signed in 2015 during Obama administration "decaying and rotten," and re-imposing economic sanctions against the Persian state. America’s main European allies wanted to preserve the deal but failed to persuade Trump to keep the U.S. in.

The South Pars gas field, which was discovered in the 1970s and started production in the 1990s, is by far the world's largest gas reservoir, straddling the border between Iran and Qatar in the middle of the Persian Gulf.

Capital investment and technological support could become major bottlenecks for development of the project because of the U.S. sanctions, so it remains possible CNPC will not pursue the plan to take over Total’s stake.

Industry experts say developing the field will require offshore compressor platforms and liquefied natural gas storage tanks, among other equipment. Chinese suppliers will have difficulty sourcing all the necessary equipment, given their ability to purchase foreign-made equipment will be restricted by U.S. sanctions.