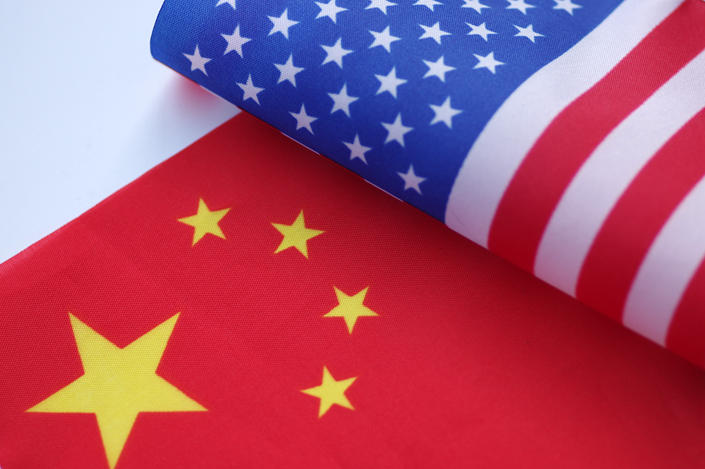 After an earlier round of talks in Beijing, Vice Premier Liu He led a delegation to the U.S. on May 15-19 to continue discussion of the trade friction between China and the U.S. The greatest achievement in this round of negotiations was the agreement reached by the two countries to avoid a trade war, and to stop threatening to raise tariffs against each other.

The Sino-American trade relationship is, at its heart, mutually beneficial. The facts show that the two countries both gain from a peaceful relationship, and both lose when there is conflict. The best option is to sit down and discuss how to solve trade conflicts. Negotiations require the good faith of both parties, and also require the two sides find compromises they can both accept.

If the U.S. really is scheming to contain China, as some figures within China have described it, and is completely intolerant of China’s further development, then it is probably wishful thinking to hope for a mutually beneficial relationship between the two countries.

But judging by the complaints the U.S. has raised against China, U.S.-China trade friction is far from an unsolvable problem. U.S. demands certainly contain some degree of unilateralism and protectionism, and the Chinese side should not take them entirely at face value. However, they are fundamentally related to China’s reform and opening-up.

The problems pointed out in U.S. investigative reports on China — intellectual property rights, government subsidies, and so on — are all directly or indirectly problems with fair competition. Fair competition is the most realistic common ground for resolving trade friction between China and the U.S. Pragmatically promoting comprehensive reforms using the construction of fair competition mechanisms and building a culture of fair competition as starting points will not only help U.S.-China relations turn a corner, but will also open up a new phase

of reform for China.

If competition is the engine of the market economy, fair competition is its spirit. Without a robust system of fair competition, the market’s function of determining resource allocation will lose its rules and incentives. China’s policymakers already have a clear awareness of this, and have issued in recent years a number of documents proposing a system for enforcing fair competition. The documents require policymakers to review the impact of new policies, such as market access restrictions and industrial development policies, on competition. Policies that have the effect of eliminating or restricting competition should be shelved or adjusted to meet the relevant requirements. This series of documents has sparked hope in the academic and business communities.

At the moment, there are two unavoidable challenges in establishing the pro-competition policies and implementing enforcement of fair competition. The first challenge is state-owned enterprise (SOE) reform. Many deep-seated problems eroding competition, including monopolies, “zombie enterprises,” and companies’ dependence on credit support stem from a need for further SOE reform. The other challenge is the problem of administrative monopolies, which primarily manifests in local governments and industry bureaus using policies to block entry to industries.

These challenges are exactly the issues that cause trade conflict between China and the U.S, and China has never completely denied the existence of these problems. Promoting fair competition should happen sooner rather than later, and faster rather than slower, to help disperse the clouds casting a shadow on the U.S.-China trade relationship.

Industrial policy also presents potential obstacles to fair competition. China’s economy has developed rapidly over the past few decades, and there is some dispute over the role that industrial policy played in this. At the Chinese economy’s current stage of development, the government should be extremely cautious about selectively interfering in the private sector because the methods it uses, including restrictions on access to markets and controls on the scale of share ownership, can easily deviate from the principle of free competition.

Supportive policies compliant with World Trade Organization guidelines can, naturally, be implemented, but China should be wary of creating market distortions. In the past, many industrial policies provided enthusiastic support for large-scale businesses, especially state-owned enterprises, while leaving small and midsize enterprises vulnerable to pressure. This will inevitably invite doubt or even resistance from major trading partners such as the U.S.

of “concentrating resources to achieve great things.” This slogan was applied frequently to military research during the time of the planned economy. However, this phrase should not be thought of as simply describing systematic advantages. In the market economy, when producing civilian products, the phrase’s application should involve serious thought. Which resources should be concentrated, in order to achieve which great things, and what kind of support should the government give? These issues frequently involve questions of fair competition, and have also become sensitive questions in international relations.

We can safely say that the U.S. and China are fundamentally aligned in their pursuit of fair competition. The key is how to concretely understand and implement it. To use intellectual property (IP) rights as an example, the U.S. and China have been engaged in a continuous dispute in this area. Protecting intellectual property rights is one of the tactical objectives in Washington’s plans for a trade war, and there are differences in the two countries’ anti-monopoly legislative concepts and enforcement systems. Additionally, the shortcomings of China’s IP laws and of its enforcement of these laws are also things that invite U.S. criticism. China has made progress, but the U.S. can only be results-oriented. After the two sides have found agreement on the need to pursue fair competition, they still need to deal with problems relating to concepts, laws, and enforcement, and the process will not be completely smooth.

Recognizing the crucial importance of fair competition, the Chinese government has not only issued documents and built mechanisms to support it, but also factored it into the latest round of government agency reforms. We look forward to seeing an example of fair competition enforcement as soon as possible. It should also be noted that fair competition is constrained by political, economic, legal, and social factors. Although key breakthroughs can be made, efforts must be coordinated and reforms must be conducted in a comprehensive manner rather than in isolated sectors. The recent bout of Sino-U.S. trade friction is a timely reminder of the need to promote fair competition without delay. This is a necessary requirement for China’s own development, and is also fundamental to China’s standing in a world where the shape of globalization is constantly shifting.