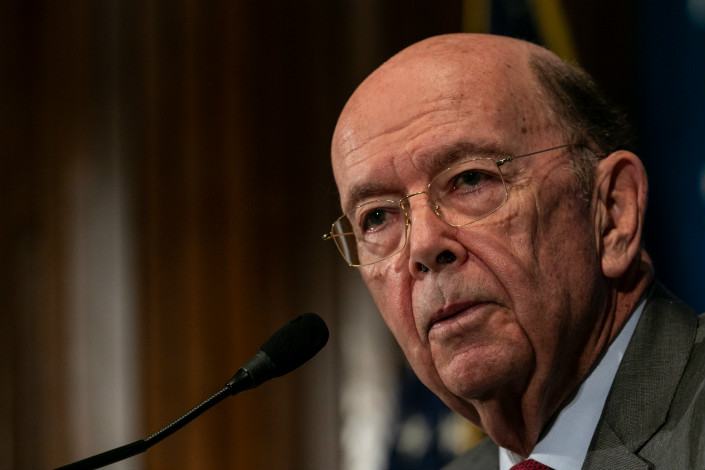 * Commerce Secretary Wilbur Ross, however, wanted a harsher punishment for the firm that he called a bad actor

(Beijing) — Washington could station a compliance team within the office of networking equipment maker ZTE Corp. as part of a deal that would see the embattled company get relief from crippling U.S. sanctions, according to U.S. Commerce Secretary Wilbur Ross.

Ross also revealed that his staff had originally advised punishing ZTE with a large fine for failing to follow through with an earlier agreement involving punishment for violating U.S. laws. But he personally chose a harsher measure that has forced the company to halt operations and could threaten its existence, he said in an interview on CNBC, the business news TV channel.

ZTE has been in the hot seat since 2016, when Washington determined the company illegally sold American-made products to Iran in violation of earlier U.S. sanctions aimed at pressuring the country over its nuclear program. The two sides reached a settlement last year that included a large fine of around $1 billion, and a suspension of threatened sanctions that would have seen the Chinese company cut off from its U.S. suppliers for seven years.

But Washington later determined that ZTE had failed to meet some of the conditions of the settlement. In April, it announced it was re-imposing the sanctions. ZTE ceased most of its main operations a few weeks later, and the two sides have been in talks since then on a potential new agreement that would allow the company to resume buying from its U.S. suppliers.

“If we do decide to go forward with an alternative, what it literally would involve would be implanting people of our choosing into the company to constitute a compliance unit ... (which) would report back to the Department of Commerce,” Ross told CNBC. “The whole key is enforcement.”

Ross also revealed what happened behind the scenes before the public announcement of the April decision to slap ZTE with the seven-year separation from its U.S. suppliers. He explained that the company was fined $1.1 billion under the original 2017 settlement, but $300 million of that was “delayed” and would only be collected if the company failed to follow through on its promises.

“They had (an) opportunity to take $300 million,” he told CNBC. “I chose to do the stronger of the two remedies. Frankly, the staff had recommended doing the milder one, the $300 million. I really wanted to make sure we would change the behavior of this company. They’ve been bad actors.”

Discussions are still ongoing over what alternatives the U.S. could take to punish ZTE while allowing the company to resume buying America-made components. In addition to putting a Washington-designated compliance team inside the company, other alternatives that have been mentioned have included another large fine and a management overhaul.