Opinion: China’s Macroeconomic Policy Must Keep Up With Times 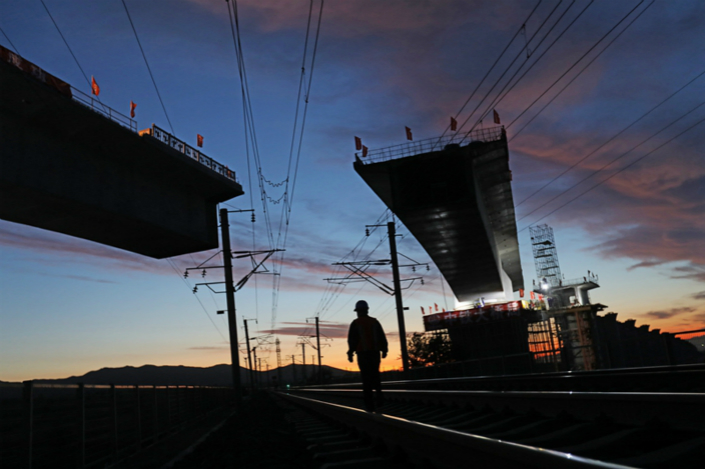 International experience shows us that whether a country’s economy can succeed in transformation and development depends to a large degree on whether it can build a macroeconomic policy coordination framework and system suited to national conditions and international trends, and is also able to adjust to changes in the environment in real time.

Today, China is at a turning point in its economic restructuring and development. Due to the scale and complexity of its economy, China’s impact on the global economy is particularly important, and the country faces unique economic challenges in achieving the goal mentioned above. To adapt to the new internal and external environment in its current stage of reform and development, China must invest more in constructing its macroeconomic policy framework infrastructure, and must accelerate the readjustment and improvement of macroeconomic regulatory policy frameworks and mechanisms.

Given China’s large economy, its close ties with world trade and its increased integration with the global financial system, the success of China’s new round of reforms will not only affect the well-being of the Chinese people, but will also have a major impact on the entire region and the world as a whole. Not only do China’s economic-growth prospects have a major impact on global economic growth, but changes in China’s economic and financial policies will also reverberate across the global economy and financial sector.

China’s structural transformation will have a major impact on the demand for world commodities and consumer goods. Different countries will need to make their own adjustments to economic policies accordingly. China is facing a reorientation of its role in the global economy — while continuing to be the center of global manufacturing, China will gradually take on more of a role as a global market power as well. Establishing an effective framework for macroeconomic management and increasing policy transparency is not only of great significance to China, but also important for the connections and exchanges between other countries, and for stabilizing the global economy and financial sector.

With the Chinese economy entering a turning point in this new era, International Monetary Fund (IMF) experts have assessed the progress of China’s reforms from the perspective of macroeconomic policy coordination and regulation. They have proposed suggestions for further building a policy framework based on international experience, including the opening of the capital account, the internationalization of the yuan, taxation policies and frameworks for tax administration, social security, medium-term fiscal expenditures, and local governments’ fiscal affairs. These suggestions can help guide China’s ongoing economic and financial reforms, transformation and development.

China must establish a strong and modern fiscal-policy framework to improve the social safety net, cope with rising medical and pension costs; resolve structural imbalances between the central and local governments; strengthen the management of economic cycles; and support more-inclusive and environmentally friendly economic growth.

This will require the establishment of a regulatory framework for social security. An aging population is a major challenge for China, and will have a significant impact on employment, growth and public finances, with medical and social security spending rising sharply. China’s pension system is extremely complex and fragmented, and the current labor force’s contribution rate is too high. Population aging and increases in life expectancy are dynamic processes — this means they will require a comprehensive framework for regulating the social security system in advance, to provide united coordination and avoid fluctuations.

Local governments, aside from providing basic public services such as education, medical care and social security, have also made significant investments, especially in infrastructure, that make up a large proportion of fiscal spending. But local finances face structural imbalances and mismatches between their income and expenditures, forcing them to rely on central government transfer payments or other methods of financing. Recent years have seen steady increases in off-budget local government deficits, in the size of local government bond markets, in liquidity risks, and in local governments’ fiscal vulnerability.

China needs to utilize more-flexible inflation targets and set up a price-based monetary policy framework. As in other countries, the relationship between China’s quantitative targets and its inflation and growth figures is weakening. Short-term interest rate volatility has increased by a factor of two. This means that the stability of the demand for money has declined, requiring a price-based monetary policy framework that uses interest rates as its main tool. This will require improving the effectiveness of the transmission mechanism between interest rates, bond yields and lending rates. In turn, this will require the reform of some institutional factors, including loan quotas, soft budget constraints, regulatory arbitrage and “shadow banking.”

China has made significant progress in gradually opening up its capital flows, but further measures need to be carried out in an orderly manner, as a system that has long employed restrictions on capital flows finally opens up.

First of all, measures must be consistent with the macroeconomic situation and the financial system’s health. In the medium term, capital flow management methods should adapt to match ever-increasing large-scale cross-border trade and capital flows. China’s status as an economic power means it must have a domestically oriented independent monetary policy. Therefore, open capital flows need to be supported by more-flexible exchange rates, requiring new currency and exchange-rate policy arrangements.

With the gradual liberalization of controls, management needs to shift from quantity-based controls and quotas to price-based measures, such as taxation; from administrative controls, based on resident status, to monetary-based regulatory measures; and from approval in advance to reporting and supervision after the fact.

In summary, taking into account the size of China’s economy and the potential impact that liberalization of capital flows could have on the world, controls need to be removed in a gradual, orderly and steady way. This should be in coordination with supportive macroeconomic, financial and structural policies to create a virtuous circle for the sustained and steady advancement of capital flows. A new monetary policy framework and a more-flexible exchange rate system should also be established. Therefore, capital liberalization needs to be incorporated into the macroeconomic and financial policy system.

Zhu Min is the former deputy managing director of the IMF, former deputy governor at the People’s Bank of China, and head of the National Institute of Financial Research at Tsinghua University. This article was adapted from a longer piece that can be found here (link in Chinese).