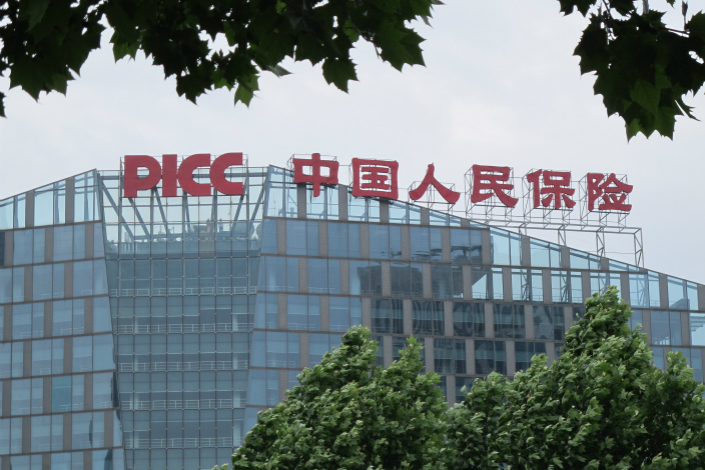 Insurer PICC plans to use the funds raised through its upcoming initial public offering to bolster its capital. Photo: VCG

The People’s Insurance Company (Group) of China (PICC), China’s oldest insurance company, gained final approval on Tuesday for a Chinese mainland listing after years of applications, in a deal valued at about $2.4 billion.

The country’s top non-life insurer will issue up to 4.6 billion shares in its Shanghai listing, representing about 9.78% of its total, according to a preliminary prospectus (link in Chinese) posted on the website of the securities regulator. Funds raised through the initial public offering (IPO) will be used to boost PICC’s capital, which now stands at 42.4 billion yuan ($6.6 billion).

PICC, which is backed by the Ministry of Finance, had been planning a domestic listing even before it floated the shares of its offshore entity PICC Property and Casualty Co. (PICC P&C) in Hong Kong in 2012, Caixin reported earlier. However, shifting listing criteria and several suspensions of IPO reviews due to stock market turbulence in recent years delayed the plan.

Since the China Securities Regulatory Commission (CSRC) vowed to speed up IPO approvals and reduce the backlog of IPO applications in February 2017, the waiting period to get the nod from the regulator’s IPO review panel has become shorter, with PICC receiving approval only 57 days after it submitted a preliminary prospectus on April 9. Previously it could take more than six months to get the green light.

Based on PICC’s current market capitalization of about 180 billion yuan to 200 billion yuan, the proposed offering could raise up to 15.5 billion yuan, a nonbanking financial institution analyst at a major brokerage told Caixin. PICC hasn’t officially revealed the IPO price range at this point.

The analyst said the final IPO price of PICC’s A-shares would be linked with the performance of PICC P&C’s H-shares because “there won’t be a huge valuation gap between the company’s Hong Kong shares and domestic listed shares as it is now priced fairly on the offshore market.”

The Ministry of Finance, the group’s controlling shareholder, will hold 63.58% of PICC’s floated A-shares after its Shanghai listing, while the National Social Security Fund, another strategic shareholder, will hold 8.08%. Both of the shareholders promised to hold onto their PICC shares for one to three years after the IPO, according to the prospectus.

The group said in February 2017 that Vice Chairman Wang Yincheng was being investigated for suspected “serious disciplinary violations,” a euphemism for corruption. Miao Jianmin, former president of China Life, joined PICC in April 2017 as an executive director and was later promoted to chairman and party secretary in November.