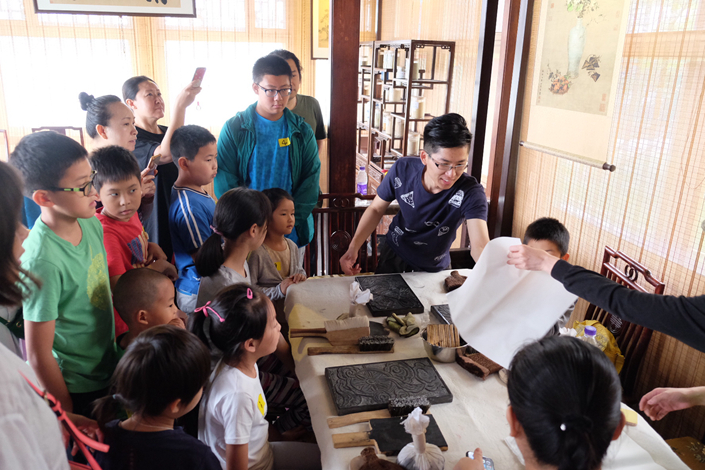 Shares of New York-listed education services provider TAL Education Group plunged on Wednesday after notorious short seller Muddy Waters accused the company of fraud, prompting TAL to fire back with its own accusations of “malicious interpretations of events.”

TAL, which has been listed in New York since 2010, saw its shares tumble as much as 13% in Wednesday trade before recovering slightly to close down 10% for the day. Other U.S.-listed Chinese education shares also took a hit, with New Oriental Education and Technology Group Inc. down 3.3% and recently listed Rise Education Cayman Ltd. down 3.5%.

“Although TAL is a ‘real business,’ it has been fraudulently overstating its profits since at least the year 2016,” Muddy Waters said in its report issued on Wednesday. “We estimate that during 2016 through 2018, TAL has overstated net income by at least 43.6%. Our estimates of profit inflation are based only on what we are able to quantify — fraudulent profit inflation likely exceeds this estimate.”

Muddy Waters accused TAL of inflating profits in the face of margins that were eroding more than the company wanted to admit.

TAL released a statement on Thursday saying it would review the allegations and consider actions to protect the interest of its shareholders. “The allegations made by this short seller contain numerous errors, unsupported speculation and malicious interpretations of events,” it said.

Muddy Waters has the highest profile among a group of short sellers that look for irregularities in Chinese companies’ financial reports to identify weaknesses. Such weaknesses are more common among Chinese firms due to their relative youth and also the relative youth of China’s corporate culture that is just three decades old. Research houses like Muddy Waters typically short the companies’ stocks before releasing their reports, hoping for quick and big declines that can net them major profits.

A similar Muddy Waters report made headlines in December 2016 when it attacked Huishan Dairy, China’s largest cattle farm operator at that time, saying the company had inflated its spending on dairy farms. That attack caused a smaller 4% drop in Huishan’s shares. Huishan’s stock plunged 91% several months later in the largest-ever drop in Hong Kong stock market history, after more financial woes at the company came to light.