Opinion: Next Steps Will Determine Value of ‘Symbolic’ Trump-Kim Summit 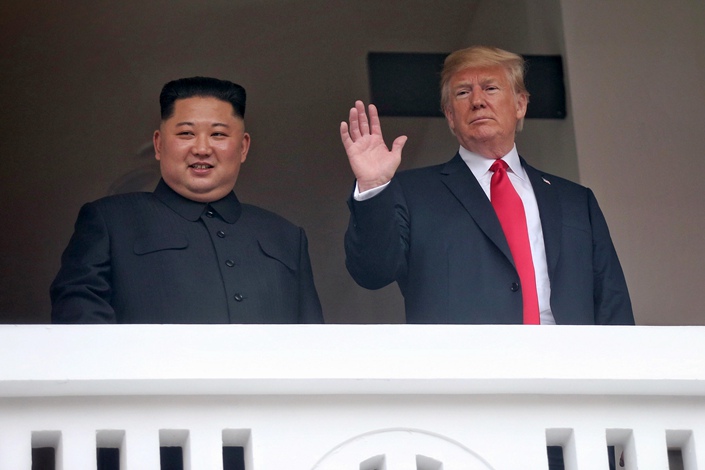 Editor’s note: After his historic meeting with U.S. President Donald Trump in Singapore last week, North Korean leader Kim Jong Un made a two-day visit to Beijing that ended Wednesday, during which he pledged to strengthen relations between North Korea and China.

What did Kim Jong Un and Donald Trump achieve during their meeting in Singapore last week? Judging by the media response to the summit, the two made few breakthroughs and neither stepped out of his expected role. Still, there is much to unpack about this first-ever meeting between an incumbent U.S. president and a North Korean leader.

Firstly, Trump needed this summit. Mired in political and legal struggles at home, he needs to demonstrate success, or even a “victory,” no matter how short-lived, in foreign policy. In the context of Trump’s recent domestic and foreign policy moves — a trade war, the tightening of immigration policies, the opening of the U.S. embassy in Jerusalem — the summit is clearly intended to provide positive publicity ahead of the midterm elections in November. Before the talks, Pyongyang released several U.S. citizens who had been detained in North Korea, and when Trump unilaterally canceled the summit, Kim expressed contrition, allowing Trump to brag about his diplomatic prowess. The high-profile summit may help Republicans win votes in November. However, at least in the near future, it will remain difficult to achieve significant progress in denuclearization.

Prior to the Singapore summit, Trump and his national security adviser, John Bolton, spelled out their demands that North Korea undergo comprehensive, verifiable and irreversible denuclearization before the U.S. lifts sanctions against Pyongyang — what Bolton called the “Libya model,” in his arrogance. But the whole world knows what happened to Libya and its leader, Moammar Gadhafi — the country was plunged into chaos and he was killed. In the joint statement signed at the summit, the main points of consensus were in finally ending the Korean War, denuclearization, and the normalization of relations between the two countries. But the statement did not offer a timetable or concrete steps toward denuclearization.

North Korea has committed to denuclearization, but it seems the process, including bargaining, will be a long one. Trump called the North Korean leader “credible,” said the U.S. will stop conducting military exercises in South Korea, and he pledged to ensure the security of Pyongyang. The question is whether Pyongyang can trust Trump and his successors. Judging from Trump’s handling of the Iran nuclear deal, he is unpredictable and willful. Iran today does not possess nuclear weapons, and its current capabilities are far lower than that of North Korea. Trump, however, insisted on withdrawing from the nuclear agreement with Iran, one of the legacies of his predecessor, Barack Obama. Pyongyang will likely proceed with extreme caution.

But North Korea has certainly gained something from the Singapore summit. The summit was an important step toward the isolated country’s return into the international community. It is possible that this step will be undone, which has happened many times in the past. For North Korea, the American military threats and economic pressure have limited effect, but the economic sanctions imposed by the United Nations, as well as the related isolation from the international community, have been harder to cope with.

Last but not least, the Singapore summit should not be interpreted as Pyongyang’s attempt to reduce Beijing’s influence and independently develop relations with Washington. The reason lies in the kind of paradigm held by Bolton and others who wish to see the Libya model unfold in North Korea. Anyone who thinks that Pyongyang believes Trump and his coterie truly recognize North Korea’s leaders and system is underestimating Kim’s intelligence. While Pyongyang’s disagreements with Beijing and Moscow are disputes over interests, its conflict with Washington, especially the Trump administration, is a matter of life and death.

On the whole, the progress achieved during the Singapore summit was more symbolic than concrete. In the long term, the keys to resolving the problem on the Korean Peninsula will lie in the implementation of promises made during the talks, the reform and opening-up of North Korea, and the impact of these changes on the strategic structure of the entire region.

Huan Guocang is the CEO and managing partner of GCS Capital, and the former head of Asia-Pacific Investment Banking at HSBC. This piece has been translated from Chinese and edited for length and clarity.