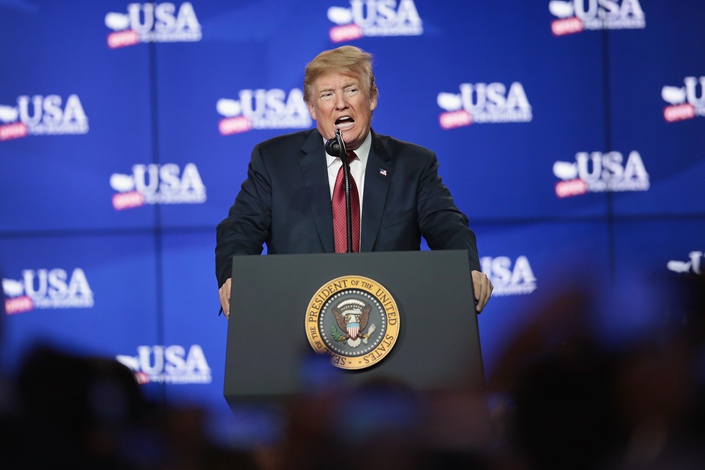 No one wins in a trade war. Yet U.S. President Donald Trump seems determined to pursue one with China, which he accuses of causing America’s trade deficit, violating World Trade Organization (WTO) rules, and using unfair practices to acquire foreign technology. While most economists marvel at Trump’s ignorance of how trade balances work, many broadly agree with his charges regarding intellectual property (IP). But the evidence supporting these claims is also weak at best.

But the case is not nearly as strong as the report makes it out to be. For starters, because Chinese firms are not starved for capital — thanks to China’s chronic savings glut — gaining access to foreign technologies is their main motivation for trying to attract direct investment from abroad. Under WTO rules, they are free to seek technology transfers from their foreign partners on a commercial and voluntary basis.

Fortunately for China, foreign firms have been more than willing to enter its market, not least because of its preferential treatment of direct investment. In fact, for decades, foreign and domestic firms alike have willingly accepted China’s “market access for technology” strategy, which required foreign investors to “import” advanced technology in exchange for entering the Chinese market.

Whatever downside they may see to this approach, the fact remains that foreign enterprises — including completely foreign-owned companies and foreign partners of Chinese firms — have benefited greatly from their investments in China. A 2006 World Bank report put the average rate of return for foreign multinationals in China at 22%. According to a report compiled by the Conference Board of World Enterprises, the average rate of return on capital for American multinationals in China in 2008 was 33%.

That said, the earnings before interest and taxes of foreign enterprises in China had been worsening since 2009, but in 2017 the situation improved. This is an issue that the Chinese government must take seriously. In any case, no one can claim that foreign companies were forced to operate in the Chinese market. The argument that U.S. firms have been compelled to transfer their technology to China thus lacks significance.

In fact, that argument was never backed by persuasive evidence. While the Office of the U.S. Trade Representative (USTR), which compiled the Section 301 report, claims to have conducted many surveys, all respondents are anonymous, and their assertions are little more than hearsay — nothing that would be admissible in a court of law. And, even if regarded as true, such claims would not definitively prove that forcing foreign enterprises to transfer their technology is prevalent in China.

The Section 301 report’s accusations regarding outbound investment — namely, that China uses “government capital and highly opaque investor networks to facilitate high-tech acquisitions abroad” — are similarly flimsy. The USTR assumes that China’s government not only has a clearly defined investment strategy, but also that an army of obedient firms is willingly carrying it out.

Yet the American Enterprise Institute reports that, from 2005 to 2016, Chinese companies have made just 202 investments, including mergers and acquisitions, in the U.S., only 16 of which — totaling $21 billion — were in technology sectors. Chinese investors spent far more than that — $940 billion — on real estate in the U.S. in 2013 to 2016.

The sectoral distribution of Chinese firms’ outward investment indicates that there is not even an effective market mechanism at work driving Chinese firms to invest in a rational way. Instead, companies are making independent — and often irrational — investment decisions, which sometimes lead to large losses.

The final issue raised by the Section 301 report relates to cyber-enabled theft of IP and sensitive commercial information, which the U.S. claims is carried out by the Chinese government. The report acknowledges that since 2015 — when China and the U.S. agreed that neither would “conduct or knowingly support cyber-enabled theft of intellectual property, including trade secrets or other confidential business information for commercial advantage” — the number of detected incidents of Chinese cyber-espionage has declined. Yet some U.S. officials insist that this likely reflects a shift toward more centralized, practiced, and sophisticated attacks by a smaller number of actors.

The truth is that China has been making steady progress in its protection of property rights. As Nicholas Lardy of the Peterson Institute of International Economics points out, “China’s payments of licensing fees and royalties for the use of foreign technology have soared in recent years, reaching almost $30 billion last year, nearly a four-fold increase over the last decade.” In fact, Lardy continues, “China probably ranks second globally in the magnitude of licensing fees paid for technology used within national borders.”

The Section 301 report was, it seems clear, based on rumor, imagination, and half-truths. The obvious question is how the Trump administration can base a policy decision as consequential as trade tariffs — which could trigger a catastrophic trade war — on such weak evidence. The obvious answer is that the report was intended to justify, rather than inform, the policy.

This is not to say that the issues raised by the Section 301 report are mere fantasy, or that China’s fulfillment of its WTO commitments has been impeccable. On the contrary, China has plenty of room to improve its WTO compliance, especially when it comes to opening up its financial-services sector and strengthening IP protections.

But trade-related issues should be addressed within the WTO framework, with the U.S. using that body’s resolution mechanisms to address its grievances. In lieu of such an approach by the Trump administration, China should consider launching a new round of WTO negotiations in cooperation with Australia, Canada, the European Union, Japan, Mexico, and New Zealand. Multilateralism should be preserved, with or without the U.S.

Trump’s trade war will not succeed in driving China to abandon its aspiration to catch up to the advanced economies. China is ready to fight a war of attrition. Unfortunately, both sides — as well as the rest of the world — will incur heavy losses in the process.