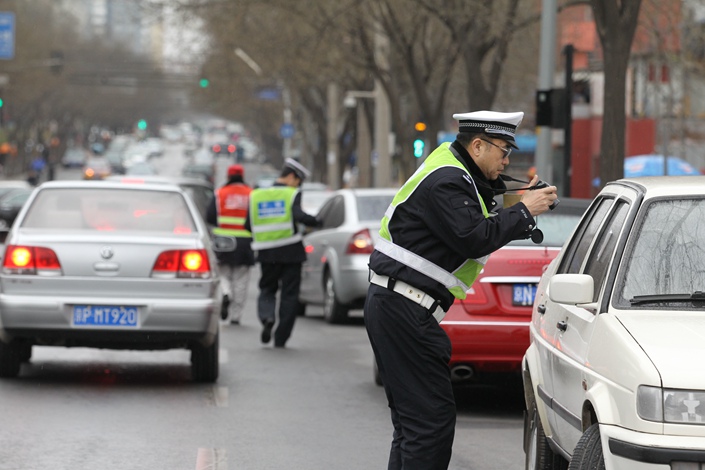 China’s competition authorities have criticized Beijing’s traffic police for allowing the Industrial and Commercial Bank of China (ICBC) to monopolize traffic-fine payments in the capital.

ICBC is the only bank authorized to collect payment for traffic violations in Beijing, and while the Beijing Traffic Management Bureau allows people to pay fines through online apps, the only way to make offline payments is through ICBC-issued “Peony” traffic cards at the bank’s branches, thanks to a 1995 agreement between the city and the bank.

This practice is anti-competitive, and Beijing’s traffic bureau is suspected of “abusing its power” to maintain ICBC’s monopoly, as it did not arrive at the arrangement with ICBC through an open, public selection process, the State Administration for Market Regulation (SAMR) said in a statement Wednesday.

The regulator also called for the Beijing traffic bureau to more widely publicize the fact that local drivers are no longer required to use Peony cards as personal information cards — something that has been the case since 2015.

Beijing’s traffic bureau responded to the SAMR’s criticism by saying it will strive to build a system that supports offline fine payments using other banks’ cards.

The SAMR’s complaint comes at a time when China’s local governments are offering citizens a greater number of options to pay for utilities and public services, as well as to use new online platforms to access these services.

Smartphone users in the country are able to pay their electricity and heating bills using popular electronic wallets WeChat Pay and Alipay, and can even use the apps to order document notarization services and to book appointments for registering marriages.