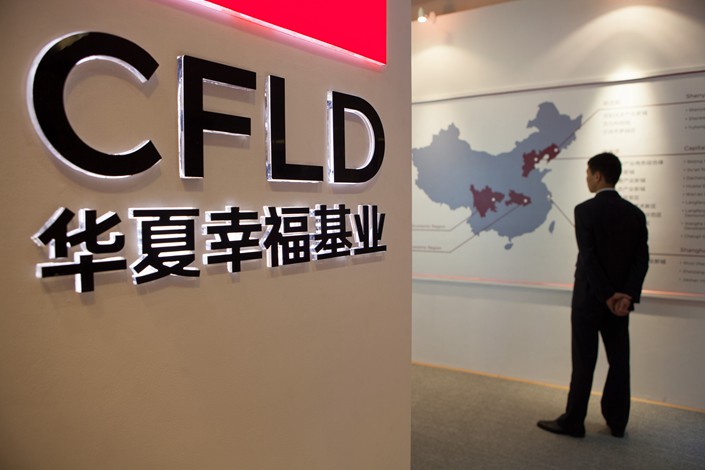 The parent of China Fortune Land Development Co. Ltd. (CFLD) has sold 580 million shares of the Shanghai-listed real estate developer to the investment arm of Ping An Insurance for $2.07 billion.

The sale, which amounted to 19.7% of CFLD’s total shares, leaves its parent, China Fortune Land Development Holding, with a 42.67% stake in CFLD, down from 61.67% before the sale, according to a filing with the Shanghai Stock Exchange on Tuesday. On the other side, the sale increases Ping An Asset Management Co. Ltd.’s stake in CFLD to 19.88%.

CFLD has been an active front-runner in China’s industrial urbanization. Founded in 1998, it is involved in the investment, development and management of industrial parks, according to its website. Last year, the company reported it had 152.2 billion yuan in sales and 380 billion yuan in assets.

Ping An Asset Management had 2.67 trillion yuan in assets under management at the end of 2017, making it the largest asset manager in China that is not owned by the state, according to its website.

Many Chinese cities have imposed a flurry of homebuying restrictions since March 2017 to curb the rapid growth in housing prices. Those restrictions have taken a toll on real estate developers’ cash flow, said real estate analyst Zhang Hongwei.

Under present circumstances, real estate developers prefer to raise funds by selling stock because the country’s ongoing deleveraging campaign has made it harder to get bank loans and issue debt, Zhang said.

CFLD’s balance sheet has been under scrutiny this year. On April 13, the Shanghai Stock Exchange raised 18 questions about aspects of the company’s 2017 financial report, including the real cash return rate on its industrial parks, sluggish home sales and its leverage ratio.

CFLD addressed the concerns by stating that the company’s shortcomings in operational cash flow last year resulted from rapid expansion of its industrial park businesses and a decline in revenue from home sales. It said the situation will improve this year.

Moreover, because local governments are its biggest clients, CFLD’s accounts receivable have ballooned because government payments are often slow to come in. By the end of the first quarter, the total sum due to the company had reached 24.3 billion yuan, up by 5.4 billion yuan from the end of 2017.