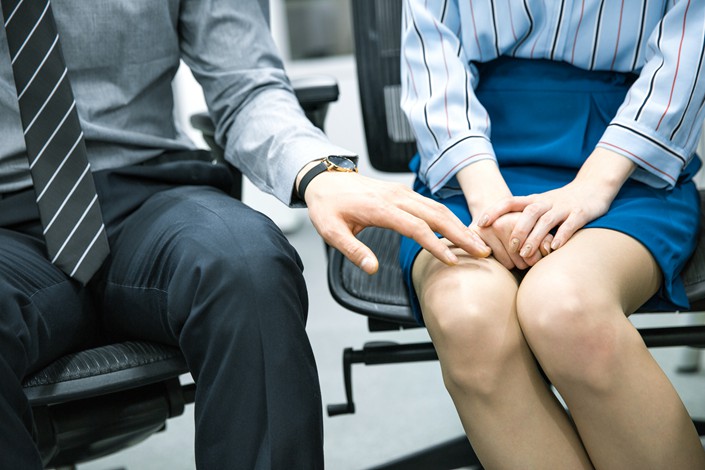 An article posted to social media claimed that the torrent of sexual misconduct allegations against Sun Yat-sen University Professor Zhang Peng started after a first-year student accused him of attempted rape. Photo: VCG

Guangzhou’s Sun Yat-sen University has suspended a professor accused of harassing and assaulting multiple women, as China continues to grapple with sexual harassment in academia.

Zhang Peng, an ecology professor at the university, allegedly stalked, molested and threatened multiple female students and faculty members between 2011 and 2017, according to an article published on Sunday by WeChat blog theLivings. The article has since been deleted, but screenshots have continued to circulate on Chinese social media.

Zhang attempted to rape a first-year student, who was not named, prompting the student to report Zhang’s behavior to the university, the article said. This in turn led other women to come forward with reports of harassment and assault over many years by the 40-year-old professor, including five women who lodged a complaint against him to the university’s discipline office in May.

The article posted by theLivings also detailed the experiences of Chen Jing, one of Zhang’s female students. Zhang had commented inappropriately on Chen’s appearance, touched her breasts, and embraced her without her consent while the two were conducting fieldwork in 2016, theLivings’ article claimed.

Another woman quoted in the article, a tutor at the university’s foreign languages school, said Zhang had repeatedly molested her and stalked her around campus, and even tracked her down to Zhuhai, another city in Guangdong province, while she was attending a course there in 2012. The harassment did not cease until 2017, the woman said.

The freshman Zhang allegedly attacked in April said that, in coming forward with her case, she wanted to “give hope to the other students who have been harassed by Zhang over the years.”

Sun Yat-sen University has now suspended Zhang from teaching, the university said (link in Chinese) in a statement Tuesday. The university confirmed that it had received complaints from students in April and May, saying that it had taken immediate action to investigate the allegations, and that it had “absolutely no tolerance” for anyone who had violated its teachers’ code of conduct.

Until the accusations, Zhang was a Changjiang scholar, part of a national program that recognizes China’s most prestigious academics. Four Changjiang scholars have now been publicly accused of sexual harassment or assault this year, amid a wave of allegations mirroring the #MeToo movement abroad. In January, Beijing’s Beihang University removed Chen Xiaowu, a Changjiang scholar and professor, from his teaching post after reports surfaced that he had sexually harassed students.

But the response of universities to these allegations has been mixed. In a high-profile case involving former professor at Peking University Shen Yang, who is accused of having raped female student Gao Yan and contributing to her eventual suicide, the university reportedly attempted to silence current student Yue Xin after Yue asked for information on Shen’s case.