By Pan Che and Quan Yue 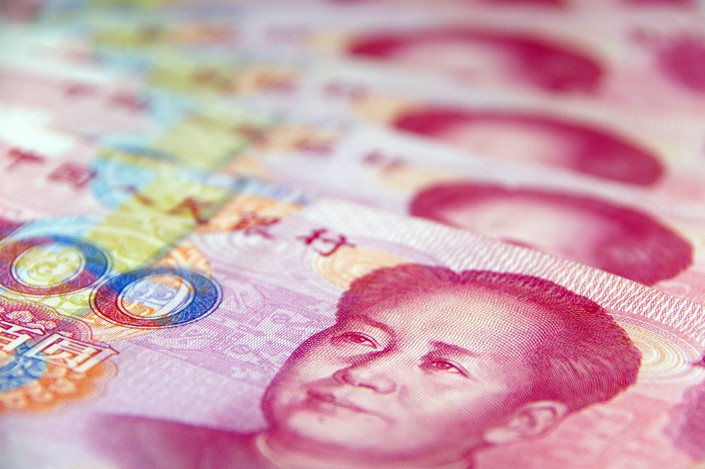 While the amount of global trade settled in the yuan was down to 1.79% last year, the currency's share of international financing in the form of direct investment, global credit, bonds and notes hit a record high of 6.51%. Photo: VCG

The yuan grew more international over the course of last year thanks to a sound Chinese economy and closer trade ties among countries participating in the Belt and Road Initiative, according to a new report.

The RMB Internationalization Index, an indicator that tracks the prevalence of the yuan, also known as the RMB, in international economic activity, rose 44.8% year-on-year to 3.13 in the fourth quarter of 2017, rebounding from the first-quarter reading of 1.49, according to a report published by Renmin University of China on Saturday.

China has been eager to get more international business conducted in the yuan, but the country’s capital controls, exchange rate policy and the currency’s recent weakness have stood in the way.

From the structural perspective, 1.79% of global trade was settled in the yuan in 2017, down from the previous year, according to the report. However, the yuan’s share of international financing in the form of direct investment, global credit, bonds and notes hit a record high of 6.51%.

China and the U.S. have entered a trade war, which economists said could hurt global growth in the long run and the supply chain in Asia countries.

China-U.S. trade tensions have shaken the yuan and China’s stock markets. From June 18 to July 16, the onshore yuan weakened 3.88% against the U.S. dollar.

The Belt and Road Initiative, initiated by President Xi Jinping in 2013, aims to connect China with Europe, Asia and Africa through infrastructure projects and trade.

Many countries involved in the initiative would consider using the yuan if the currency was directly convertible into their own currencies, said Guo Jianwei, a branch director of the Central Bank in Urumqi, capital of the Xinjiang Uygur autonomous region.

The report said China should encourage the yuan’s use in Belt and Road countries by making financial services by Chinese entities more accessible, which could be accomplished by banks, brokerages and fintech firms setting up overseas offices, the establishment of regional markets for bonds linked to the initiative and a stronger offshore yuan market.

To go global, however, the yuan still faces an uphill battle due to the dominance of the dollar and euro. In addition, a prolonged China-U.S. trade war and a strengthening dollar could cause the yuan to continue to weaken, hurting its chances of adoption.