By Liu Yanfei and Zhang Hong 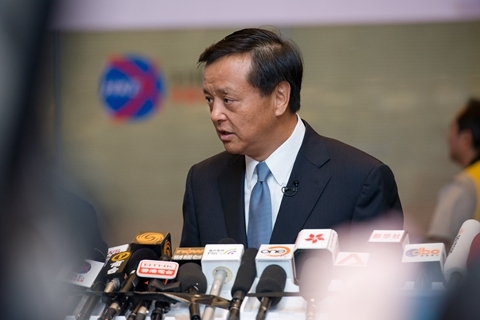 The chief of Hong Kong’s stock exchange is heading to Beijing to urge that mainland regulators allow companies with weighted voting rights into the pool of equities eligible under China’s Stock Connect program.

Charles Li, chief executive of Hong Kong Exchanges & Clearing Ltd., told reporters Monday that Hong Kong-listed stocks with weighted voting rights would be allowed to access mainland investors through the Stock Connect program “sooner or later.” Li said he will take the issue to the Chinese Securities Regulatory Commission as he is scheduled to attend a meeting in Beijing on Tuesday.

At stake are tech companies with nontraditional shareholding structures that the Hong Kong bourse wants to attract after recent listing rule changes. Weighted voting rights, or dual-class stocks, are common among tech companies as the arrangement is designed to ensure founders’ control over their companies.

Beijing-based smartphone maker Xiaomi Corp. debuted in Hong Kong last week as the first dual-class stock listed on the bourse. Xiaomi is set to be added in the Hang Seng Composite Index on July 23, making it eligible for the stock connect program. But the Saturday announcement means that mainland investors will be barred from trading the stock.

Following the news, Xiaomi shares opened at HK$19.94 ($2.54) on Monday, down 7% from Friday’s close. Xiaomi debuted with a lower-than-expected initial public offering price of HK$17 on July 9 but gained 26% over the week.

The Hong Kong bourse revised its rules to open access to weighted voting rights after years of debate as the city tries to win over more Chinese tech companies that have viewed New York as the first choice for listing. Access to mainland funds through the Stock Connect program is also a selling point to attract new listings. Mainland bourses still do not allow listing of companies with such stock structures.

Li said the Saturday announcement took him off-guard. The Hong Kong bourse had spent weeks consulting with mainland counterparts over the trading of dual-class stocks without confirmation, Li said.

Mainland bourses are competing with the Hong Kong exchange to win new tech listings. Mainland regulators recently approved the Chinese depositary receipts (CDRs) pilot program in a bid to attract overseas-listed companies back home. Xiaomi was scheduled to sell CDRs at the same time as its Hong Kong IPO but postponed the CDR plan because of pricing issues.

“Let’s lay bare the private calculations,” Li said in reference to the mainland bourses. “Transparency makes things easier to settle.” Li said he believes securities regulators have a broader vision to promote financial market development in both the mainland and Hong Kong.

Asked whether biotech companies, also a target of Hong Kong’s new listing rules, would be similarly blocked from the stock connect program, Li said that it remained to be seen. He insisted that the mainland bourses’ decision will have no impact on the Hong Kong listing of other dual-class stocks.