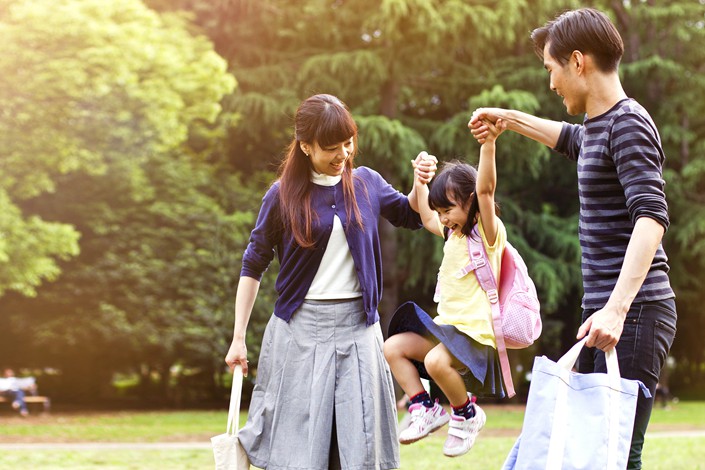 Despite official predictions, the number of births in China peaked in 2016, the year that the one-child policy was replaced with the two-child system. Photo: VCG

Those who say that China’s new two-child policy “has not achieved its effect” are “misunderstanding the policy’s intended goals,” He Dan, director of the China Population and Development Research Center (CPDRC), wrote in a government publication last week.

“The positive effects of the comprehensive two-child policy adjustment are still being gradually released, and the results have been in line with expectations,” He said, emphasizing that the central government has set two goals for the policy: “promoting the long-term, balanced development of the population,” and “promoting family harmony and happiness.”

In my view, He’s explanation is simply vague language aimed at avoiding responsibility for policymakers’ serious misjudgment of China’s demographic situation. The country’s former National Health and Family Planning Commission, which was replaced this year by the National Health Commission, predicted that, after China began allowing all families to have two children, births in the country would peak in 2018, and there would be no fewer than 20.23 million births in 2017.

But, in fact, not only did the number of births drop in 2017, the trend is expected to continue in 2018, according to figures from the National Bureau of Statistics, which show that the number of births peaked in 2016, the year that the old one-child policy was replaced with the two-child system.

In fact, this prediction is only one of a series of misjudgments by the family planning authorities, who have consistently overestimated population growth in China for decades. One of the main responsibilities of the CPDRC, which started off as part of the National Health and Family Planning Commission, is to assess the demographic situation and provide data for setting population policy. The CPDRC must hold accountable those who have provided misleading figures, rather than shielding them with abstract explanations.

China’s current fertility rate is lower than the replacement level, meaning the population will shrink within the span of one generation, and if trends continue, the Chinese population will eventually disappear completely. So, promoting the long-term, balanced development of the population requires eventually raising the fertility rate to a level near the replacement level. The long-term decline in the fertility rate under current policies will inevitably lead to an increased burden for young taxpayers. How would this promote the “family harmony and happiness” that He speaks of?

Unless China abandons all policy interventions with regard to its population, two main goals of its population policy should be a target fertility rate and a target number of births.

In fact, the main goal of the State Council’s National Population Development Plan for 2016-2030 is the gradual increase and stabilization at a moderate level of the country’s total fertility rate. According to the plan, by 2020, the total population of the country should reach a target of 1.42 billion people, and in 2030, it will reach around 1.45 billion. When the State Council first released this plan, I wrote that these two goals would be impossible to achieve. I still stand by this view.

To bring China’s population up to 1.42 billion by 2020, from 1.38 billion in 2016, at least 19 million people will need to be born each year, partly to counteract the 10 million deaths in the country each year, on average, based on figures from the National Bureau of Statistics. But even at the peak of the two-child policy’s mild baby boom in 2016, far fewer than 19 million people were born. As the number of women of childbearing age in China declines, the number of births is expected to begin to fall dramatically in 2018. There is no way, given current trends, that China will reach a population of 1.42 billion in 2020. Similarly, the target of 1.45 billion in 2030 is far beyond what current demographic trends can promise.

At the same time, there is no chance that China’s total fertility rate will reach replacement level by 2030. The people most likely to become parents between 2017 and 2030 are those born in the late 1990s and 2000s. But while an average of 24 million people were born every year in the 1980s and early 1990s, the figure dropped to around 15 million people starting in the late 1990s.

There will be far fewer parents in a population increasingly skewed toward the elderly, and the average couple will need to have at least 50% more children than people a decade older than them in order for China to reach a population replacement level. That is basically impossible.

As a policy think tank, the CPDRC must seriously ask why such implausible goals continue to appear in important planning documents.

Director He said that “a decline in fertility and an aging population are universal laws of population development around the world.” This sounds like the words of an agency attempting to shrug off responsibility for decades of birth restrictions.

Also, He’s statement ignores the fact that China’s fertility levels are lower and its population is older than the populations of other countries with the same level of economic development. It is hard to avoid blaming past policies that restricted birth rates, even while factoring in the natural consequences of economic growth. Furthermore, the aging of China’s population is not caused on the whole by its people living longer. The median age of Chinese people is significantly higher than that of people in other countries with similar life expectancies. The root cause is the severe decline in births, due to low fertility over the long term.

The CPDRC has a duty to warn the public and policymakers of the severe demographic threats China faces. To avoid addressing these threats is a serious dereliction of duty.

Huang Wenzheng is a senior researcher at the Center for China and Globalization, and the founder of Cnpop.org, a nongovernmental organization studying China’s population trends and policies. This piece has been translated from Chinese and edited for length.