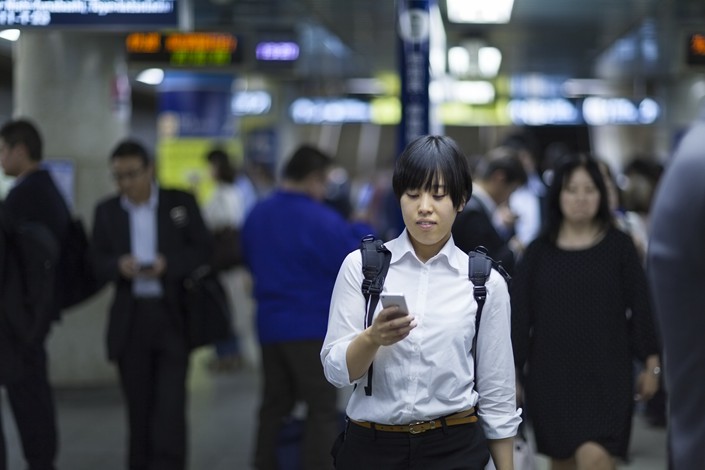 Mobile virtual network operators do not own the networks over which they provide services, but instead lease capacity from the telecom giants. Photo: VCG

The Ministry of Industry and Information Technology (MIIT), after a five-year trial period, has granted licenses allowing a first batch of 15 companies to run mobile virtual telecom networks in the country.

The companies include subsidiaries of HNA Group, Alibaba Group Holding Ltd., JD.com Inc. and Xiaomi Corp., according to a statement (link in Chinese) posted on its website Monday.

Mobile virtual network operators (MVNOs) do not own the networks over which they provide services — such as internet data, roaming or text messaging — but instead lease capacity from the traditional players, usually paying them a percentage of their revenues as a leasing fee.

The MIIT launched a MVNO pilot project in May 2013. As of the end of 2017, the scheme had attracted 3.2 billion yuan ($471 million) of investment from 42 private operators. User numbers totaled 60 million, or 4% of the country’s mobile user population, according to the official Xinhua News Agency.

According to a Caixin report in May (link in Chinese), nearly one-third of the private operators made a profit during the five-year period, despite facing challenges such as lower average rates per user and limited mobile numbers allocated by the three network operators.

MVNOs will have to constantly upgrade the services they offer because price wars won’t help them in their competition with the big three, industry watchers say.

“They have to offer niche services that the big three operators lack,” said Zhao Song, vice president of Uyou, one of the private players that received a license.

One such service, Zhao suggested, would allow users to subscribe directly to data roaming packages on their MVNO SIM cards when they go on holiday abroad. They would just turn on the service upon landing, saving them the hassle of having to buy a local SIM card and inserting it in their phone.