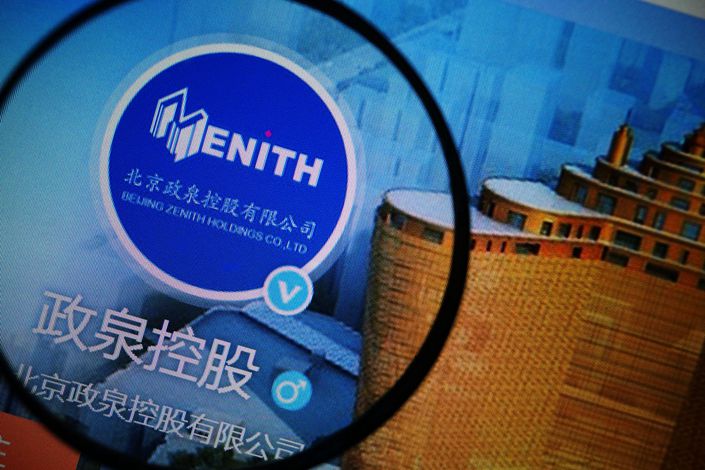 Fugitive tycoon Guo Wengui’s company, Beijing Zenith Holdings, and his business partners have been charged with collaborating with government officials to engineer a forced takeover of a securities company.

Guo, ranked as the 74th-richest businessperson in China in 2014, has been involved in a series of corruption cases since he fled to the U.S. following the fall of his close associate Ma Jian, the former vice minister of national security.

In the latest case, prosecutors in the northeastern city of Dalian have filed charges in a local court accusing Beijing-based property development company Beijing Zenith and the company’s former investment consultant, Guo Hanqiao, with being involved in a “coercive transaction” in regard to the company’s takeover of Minzu Securities Co. Ltd., according to a statement on the website of the Dalian prosecutor’s office.

The prosecutors also accused Zhao Dajian, former chairman of Minzu Securities, with colluding on the deal.

According to prosecutors, from 2008 to 2014, Guo Wengui, Guo Hanqiao and Zhao colluded to remove hurdles to Beijing Zenith’s takeover of Minzu Securities.

With the help of Ma, the national security vice minister at the time, Guo Wengui managed to force other Minzu Securities shareholders to give up their pre-emptive rights to purchase a stake or expand their shares in the brokerage, the statement said.

The prosecutors didn’t disclose what coercive efforts Guo Wengui and his associates are accused of.

Caixin reported in April 2017 that Zhang Yue, who was head of the Political and Legal Affairs Committee in Hebei province, helped Guo Wengui force the local Shijiazhuang Commercial Bank to sell its 6.81% stake in Minzu Securities for a discounted price of 291 million yuan ($42.7 million).

Ma also helped Guo Wengui ask Li Jiaxiang, head of the Civil Aviation Administration of China, to allow the state-owned Capital Airports Holding Co. Ltd. to sell its 61.25% stake of Minzu to Beijing Zenith for a below-market price of 1.6 billion yuan, with other bidders excluded in the bidding, Caixin reported earlier.

The prosecution did not disclose how much money was involved, only saying it was a “huge amount.”

Ma was formally arrested in February 2017, when authorities began investigating him on suspicion of bribery.