By Yu Hairong and Pan Che 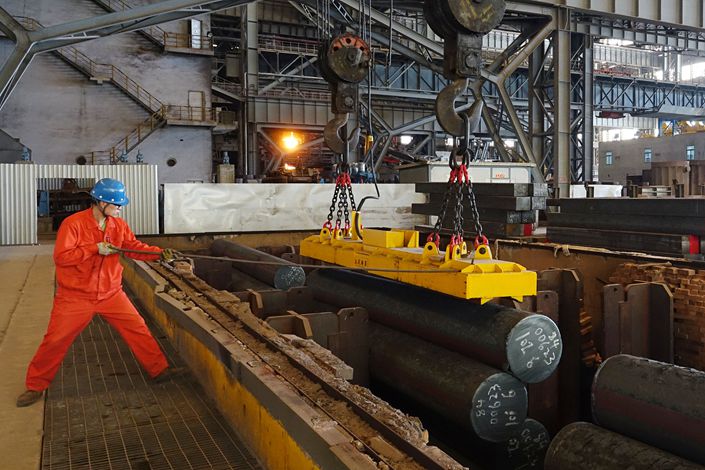 Liaoning province’s legislature has decided to set up a special committee to increase legislative scrutiny of government spending and investment.

Many parts of the northeastern province continue to rely on a debt-fueled growth model that resulted in the disappointing implementation of budgetary spending plans in recent years, the report said. The committee’s scrutiny will improve the quality of budgetary planning and its implementation in an effort to improve people’s lives.

Some local government liabilities grew rapidly over the years in part because of its responsibility for supporting local economic growth and providing public services despite the lack of stable tax revenue, according to an editorial about the committee by the official China News. Many local governments have attempted to plug their budget gaps by raising money through other channels, such as public-private partnerships. But those channels have simply added to the local government’s implicit debts.

The editorial said a special committee will help determine both the size and scope of local government liabilities by accounting for both on-the-books borrowing like bonds as well as implicit debt that the local government might eventually be on the hook for.

Ministry of Finance data showed that the Liaoning government had 845.5 billion yuan ($124.1 billion) in outstanding liabilities at the end of 2017, 168.8 billion yuan more than the government claimed in its own data in February.

Located in the heart of China’s rust belt Northeast, Liaoning has been suffering economic headwinds for years due in part to a labor force that has shrunk as workers have left the region for better jobs in eastern and southern China. President Xi Jinping and Premier Li Keqiang have repeatedly called for Dongbei’s rejuvenation and have introduced reforms to break systematic barriers to make the region more market-driven.

Liaoning was the first province to admit to fudging its economic data, followed by the respective governments of the Inner Mongolia autonomous region and the industrial municipality of Tianjin.

In January 2017, Liaoning Governor Chen Qiufa admitted that cities and counties in the province cooked their books from 2011-14. The province’s economic growth slowed considerably over the next three years. In the first half of 2018, the province’s economy grew at an annual rate of a 5.6%, picking up from a rate of 4.2% for all of 2017. Still, the province’s latest growth rate still trailed the national average of 6.8%.

The province’s shrinking workforce has coincided with growing government spending on entitlement benefits, which rose from 15.82% of the budget in 2013 to more than 25% in 2016, according to calculations based on figures from CEIC, a data provider. The government also spent more on servicing debt, with bond payments accounting for 2.19% of expenditures in 2016, up from 0.56% in 2013.