China’s Laws Leave Transgender Citizens Out in the Cold 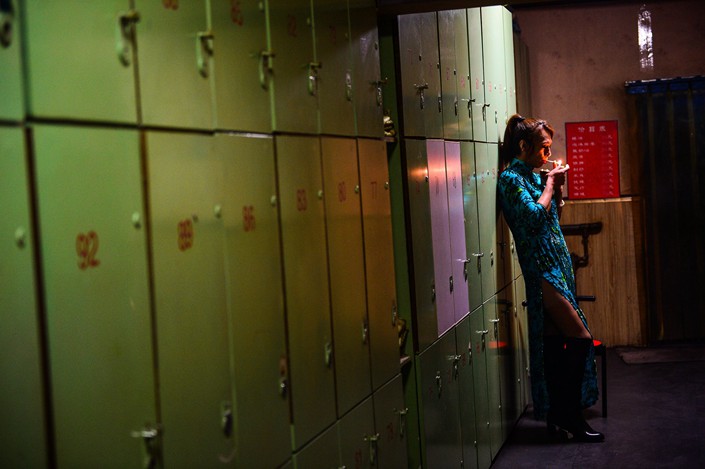 A report says China does not provide its transgender citizens enough protection against discrimination and abuse. Photo: VCG

China should offer its transgender citizens greater recognition through laws and policies, which currently do not offer much protection against discrimination and abuse, according to a joint report by the United Nations and local academics.

Existing laws leave Chinese people who don’t identify with their biological sex vulnerable to harassment, slander and physical danger, a group of researchers led by the United Nations Development Program and state-run China Women’s University found in a survey of China’s policy environment.

Chinese law prohibits workplace discrimination based on sex, and allows people to change the gender stated on their identity cards. But transgender people face barriers when applying for jobs because schools do not have the authority to change gender markers on certificates, which are required for employment. This results in a mismatch and often a rejection by employers, according to the report. Some transgender people end up forging documents or being forced to provide notarized evidence of their sex reassignment surgery, which infringes on their privacy.

Multiple people interviewed by researchers also said they had been dismissed or rejected by employers for being open about their gender identity.

The report also found that Chinese laws “pathologized” transgender people, because “in order to be recognized as transgender in China, you must be diagnosed with a mental illness.” Additionally, people are allowed to change the gender stated in their official documents only after they have undergone sex reassignment surgery, which, in addition to being costly, “does not recognize the physical integrity or self-determination of transgender people,” the report said.

In order to receive sex reassignment surgery, people must obtain documentation from the police, a doctor’s diagnosis of “transsexualism,” and written permission from their family or workplace — requirements that are not in place for anyone seeking purely cosmetic surgery.

The requirement for familial consent prompted one transgender woman interviewed by researchers to attempt male-to-female surgery on herself after her relatives refused to sign off on her surgery application, resulting in irreparable injuries. At the same time, there have been a number of cases in China in which families force transgender people, including adults, to undergo “conversion” therapy or other involuntary medical procedures, the report said.

“This denial of legitimate medical attention impacts the ability of transgender people to affirm their gender. It makes it difficult for transgender people to live and work free of discrimination or violence, and thereby amounts to a violation of their fundamental human rights,” said Liu Minghui, a professor of law at China Women’s University and one of the report’s authors.

Recognition and tolerance of gender issues have grown in China in recent years, with the rise to fame of several transgender women in particular, such as reality show star Jin Xing. However, transgender people are practically invisible in the eyes of the law, with only one law on sex reassignment surgery recognizing their existence.

Researchers recommended that laws be amended to explicitly prohibit discrimination on the basis of gender identity and expression in workplaces, schools, and the military sector, as well as to protect transgender people from involuntary “treatments.” There is currently “not a single Chinese law that uses the word ‘transgender,’” Liu said in the report.