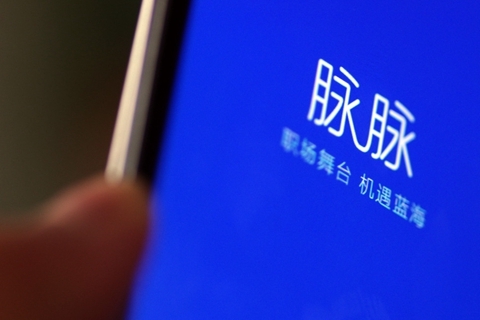 Maimai.cn had 50 million total registered users as of the end of July. Photo: VCG

Maimai.cn, China’s biggest rival of global online professional networking giant LinkedIn, announced Tuesday that it has closed a $200 million Series D round of financing, making the company a “unicorn” — one with a valuation of at least $1 billion.

This round of financing, led by DST Global and its current investors IDG Capital Partners, Morningside Venture Capital and DCM Ventures, marked the highest fundraising for a professional social media company, according to Maimai.cn founder and CEO Lin Fan.

The company has to date raised a total $300 million in four rounds of financing, including a $75 million Series C round completed in November that was led by China’s leading job-hunting platform, Zhaopin.com.

Lin has said that Maimai.cn is planning for an initial public offering in the U.S. next year, with a target market value of $10 billion.

Founded in 2013, Maimai.cn had 50 million total registered users as of the end of July. According to third-party data service provider QuestMobile, Maimai.cn’s monthly active users more than doubled in the past five months to 9.38 million from 4.11 million in February.

Its biggest rival, Microsoft Corp.-owned LinkedIn, had about 40 million China users as of July, according to market research firm Statista.

The professional training program is part of Maimai.cn’s efforts to transform its brand image as a job-hunting and social networking platform. Maimai.cn has attracted users with features such as office gossip and anonymous messaging. But some of the features have been controversial. Last month, the company was ordered by Chinese authorities to close its anonymous messaging section for issues that included insulting posts and infringement of privacy.