Can Shenzhen, Hong Kong Learn to Be Partners, Not Rivals? 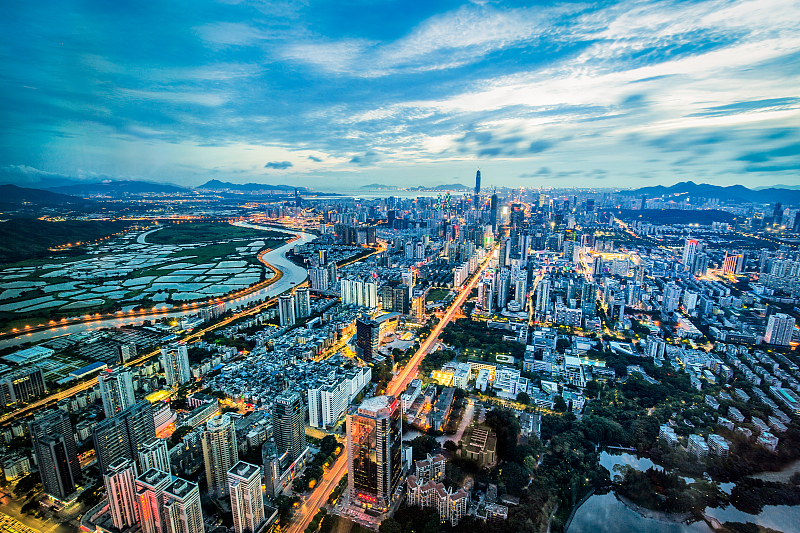 But a number of obstacles stand in the way of this ambition, experts said Wednesday at a forum in Shenzhen. The planned Guangdong-Hong Kong-Macau Greater Bay Area will need to integrate cities and systems far more diverse than the ones that exist in most other urban agglomerations in the world, such as the Tokyo and New York metropolitan areas.

Should homogenization be promoted?

The Bay Area encompasses three legal jurisdictions, each with its own currency and tax system, adding to the cost of doing business between regions. But this diversity of systems could work to the area’s advantage, said Huang Qifan, a former Chongqing mayor and a vice chairman of the Financial and Economic Affairs Committee of the National People’s Congress, the country’s top legislature.

Speaking at the Fourth China Smart City International Expo, Huang said that each city in the Bay Area has its own strengths. While Hong Kong is a highly competitive, market-driven center of finance, commerce, and trade, Macau is a world tourism and leisure hub. Shenzhen leads in the field of technology and innovation, Guangzhou is the region’s link to the rest of China, and the cities of Foshan, Zhaoqing, Jiangmen, Zhuhai and Huizhou are major manufacturing bases.

The combination of varying systems and trade cooperation provides more choices, Huang said. Hong Kong, for instance, has a unique advantage over rival capital markets in the region like Taiwan, Singapore and South Korea because of how it straddles two different systems, Huang said.

To tackle rivalry between cities in the Bay Area, policymakers could look to the state of California in the U.S., said Xiao Geng, president of the Hong Kong Institution for International Finance. The cities of southern California are part of an official association of governments that allows local representatives to meet and discuss issues that affect the entire region — a mechanism that could also be applied to the Guangdong-Hong Kong-Macau Greater Bay Area.

How should the Bay Area overcome existing borders?

Guangdong, Hong Kong and Macau are connected by waterways and land, but people and factors of production moving between the region are unable to circulate freely and face border checkpoints and institutional barriers, experts pointed out at the forum.

One key to achieving ease of movement throughout the region is by integrating customs systems, Huang said. In Europe, for example, more than 20 countries have maintained independent but interconnected customs authorities that allow goods to past through the region unimpeded once they have cleared one country’s customs inspections — something that today’s electronic customs systems are entirely capable of achieving, Huang said.

The Bay Area’s residents should also be allowed to move more easily throughout the region, Huang added, calling for Guangdong, Hong Kong and Macau to simplify approval procedures for people studying, working and living in the Bay Area.

Existing transportation infrastructure in the Guangdong-Hong Kong-Macau Greater Bay Area is highway-oriented, which is suitable for industrial logistics, but less so for commuters, said Li Tie, director general of the China Center for Urban Development. The world’s existing mature Bay Areas — in New York, Tokyo, and San Francisco — have extensive urban rail transit networks. In this aspect, China’s own Bay Area is starting from scratch, Li said.

The biggest bottleneck at the moment for the Guangdong-Hong Kong-Macau Greater Bay Area is the existing restriction on capital flows, Xiao pointed out. Hong Kong and Shenzhen urgently need a breakthrough in this area, which could be achieved through financial technologies such as blockchain, Xiao said.