Some Exporters Get Tax Breaks to Take Edge Off Trump Tariffs 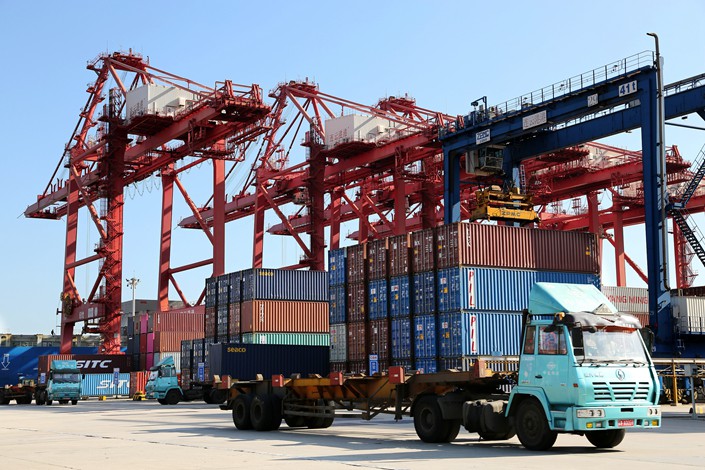 (Bloomberg) — China announced measures to support some of the exporters targeted by U.S. President Donald Trump’s barrage of higher tariffs.

The Ministry of Finance said it will raise export rebate rates for 397 goods, ranging from lubricants to children’s books, meaning that firms shipping such products abroad will pay less value-added tax (VAT). The new rates will be effective as of Sept. 15, the ministry said Friday in a statement on its website.

About a sixth of the items were among the products already hit by U.S. tariffs recently imposed on $50 billion in Chinese goods, such as pressure-reducing valves or lubricants. Bloomberg identified these items by comparing the products on the VAT list to items on the lists of goods hit by higher levies. At least another 67 items getting a rebate may soon be hit by the next round of tariffs.

Trump said Friday he’s willing to slap tariffs on an additional $267 billion in Chinese goods, on top of duties on $200 billion in imports that the U.S. is already considering. If the president follows through, the threatened tariffs and those already in place would more than cover the value of all goods the U.S. buys from China, according to U.S. government data from last year. The U.S. imported $505 billion of Chinese products in 2017, U.S. Census Bureau figures show.

“These are basically fiscal subsidies to offset the negative impacts of the tariffs,” said Li Yishuang, a Shanghai-based economist at China Securities Finance Corp. Ltd. “But they won’t be able to mitigate all the shocks.”