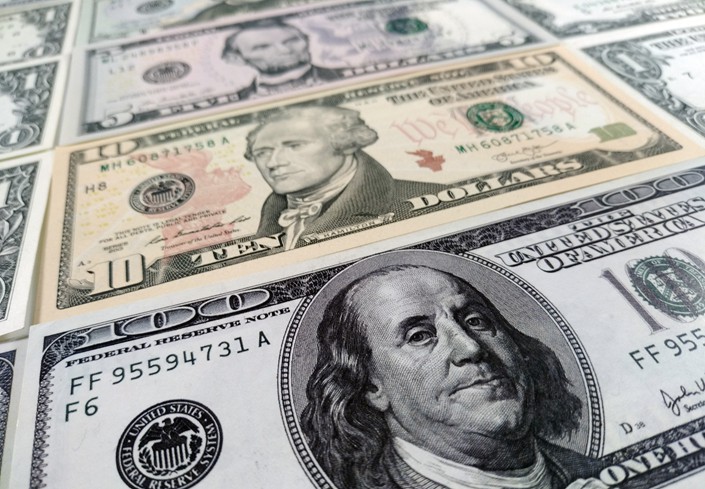 Back in 1965, Valéry Giscard d’Estaing, then France’s minister of finance, famously called the benefits that the United States reaped from the dollar’s role as the world’s main reserve currency an “exorbitant privilege.” The benefits are diminishing with the rise of the euro and China’s yuan as competing reserve currencies. And now U.S. President Donald Trump’s misguided trade wars and anti-Iran sanctions will accelerate the move away from the dollar.

The dollar leads all other currencies in supplying the functions of money for international transactions. It is the most important unit of account (or unit of invoicing) for international trade. It is the main medium of exchange for settling international transactions. It is the principal store of value for the world’s central banks. The Federal Reserve acts as the world’s lender of last resort, as in the 2008 financial panic, though we should recognize too that the Fed’s blunders helped to provoke the 2008 crisis. And the dollar is the key funding currency, being the major denomination for overseas borrowing by businesses and governments.

In each of these areas, the dollar punches far above America’s weight in the world economy. The U.S. currently produces around 22% of world output measured at market prices, and around 15% in purchasing-power-parity terms. Yet the dollar accounts for half or more of cross-border invoicing, reserves, settlements, liquidity, and funding. The euro is the dollar’s main competitor, with the yuan coming in a distant third.

The U.S. gains three important economic benefits from the dollar’s key currency role. The first is the ability to borrow abroad in dollars. When a government borrows in a foreign currency, it can go bankrupt; that is not the case when it borrows in its own currency. More generally, the dollar’s international role enables the U.S. Treasury to borrow with greater liquidity and lower interest rates than it otherwise could.

A second advantage lies the business of banking: The U.S., and more precisely Wall Street, reaps significant income from selling banking services to the rest of the world. A third advantage lies in regulatory control: The U.S. either directly manages or co-manages the world’s most important settlements systems, giving it an important way to monitor and limit the flow of funds related to terrorism, narcotics trafficking, illegal-weapons sales, tax evasion and other illicit activities.

Yet these benefits depend on the U.S. providing high-quality monetary services to the world. The dollar is widely used because it has been the most convenient, lowest-cost, and safest unit of account, medium of exchange, and store of value. But it is not irreplaceable. America’s monetary stewardship has stumbled badly over the years, and Trump’s misrule could hasten the end of the dollar’s predominance.

Already back in the late 1960s, America’s fiscal and monetary mismanagement led to the breakdown of the dollar-based Bretton Woods pegged-exchange rate system in August 1971, when President Richard Nixon’s administration unilaterally renounced the right of foreign central banks to redeem their dollars in gold. The breakdown of the dollar-based system was followed by a decade of high inflation in the U.S. and Europe, and then an abrupt and costly disinflation in the U.S. in the early 1980s. The dollar turmoil was a key factor motivating Europe to embark on the path toward monetary unification in 1993, culminating in the launch of the euro in 1999.

Likewise, America’s mishandling of the Asian financial crisis in 1997 helped to convince China to begin internationalizing the yuan. The global financial crisis in 2008, which began on Wall Street and was quickly transmitted throughout the world as interbank liquidity dried up, again nudged the world away from the dollar and toward competing currencies.

Now Trump’s misbegotten trade wars and sanctions policies will almost surely reinforce the trend. Just as Brexit is undermining the city of London, Trump’s “America First” trade and financial policies will weaken the dollar’s role and that of New York as the global financial hub.

The most consequential and ill-conceived of Trump’s international economic policies are the growing trade war with China and the reimposition of sanctions vis-à-vis Iran. The trade war is a ham-fisted and nearly incoherent attempt by the Trump administration to stall China’s economic ascent by trying to stifle the country’s exports and access to Western technology. But while U.S. tariffs and nontariff trade barriers may dent China’s growth in the short term, they will not decisively change its long-term upward trajectory. More likely, they will bolster China’s determination to escape from its continued partial dependency on U.S. finances and trade, and lead the Chinese authorities to double down on a military buildup, heavy investments in cutting-edge technologies, and the creation of a yuan-based global payments system as an alternative to the dollar system.

Trump’s withdrawal from the 2015 Iran nuclear deal and the reimposition of sanctions against the Islamic republic could prove just as consequential in undermining the dollar’s international role. Sanctioning Iran runs directly counter to global policies toward the country. The U.N. Security Council voted unanimously to support the nuclear deal and restore economic relations with Iran. Other countries, led by China and the EU, will now actively pursue ways to circumvent the U.S. sanctions, notably by working around the dollar payments system.

For example, Germany’s foreign minister, Heiko Maas, recently declared Germany’s interest in establishing a European payments system independent of the U.S. It is “indispensable that we strengthen European autonomy by creating payment channels that are independent of the United States, a European Monetary Fund, and an independent SWIFT system,” according to Maas. (SWIFT, or the Society for Worldwide Interbank Financial Telecommunication, is the organization that manages the global messaging system for interbank transfers.)

So far, U.S. business leaders have sided with Trump, who has showered them with corporate tax cuts and deregulation. Despite soaring budget deficits, the dollar remains strong in the short term, as the tax cuts have fueled U.S. consumption and rising interest rates, which in turn pull in capital from abroad. Yet in a matter of several years, Trump’s profligate fiscal policies and reckless trade and sanctions policies will undermine America’s economy and the role of the dollar in global finance. How long will it be before the world’s businesses and governments are running to Shanghai rather than Wall Street to float their yuan bonds?