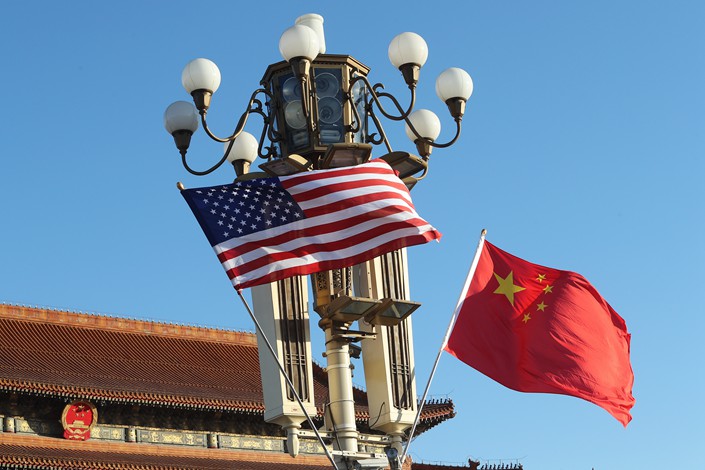 The U.S. media’s daily narrative on China and the U.S.-China relationship paint a bleak picture: Pollution, exchange rates, ghost cities, protectionism, and unfair trade practices dominate the story. While the speed of China’s modern resurgence surprises everyone, it shouldn’t be taken as a negative. Rather, we should remember that historically, China and the U.S. have been friends and have long enjoyed a mutually beneficial relationship. This should not be lost as trade tensions grow when the U.S. should be treating China as a friend and partner.

The Chinese carefully observe and study all aspects of American life to learn to be like us. They follow our election results, our movies, our music, our NBA games, our corporate successes, and even Donald Trump’s tweets. Unfortunately, Americans know little if anything about China other than their favorite Chinese dishes. Despite the popularity of kung pao chicken, Americans view China suspiciously.

At the very beginning of our country, early Americans had their eye on trade with China, which at the end of the 18th century was one of the most powerful countries in the world. While other countries, like Great Britain, had nothing desirable to the Chinese except opium, the United States had a natural agriculture resource that was prized by the Chinese: ginseng. The root of American ginseng was coveted in China for its medicinal uses. In 1784, trade with China began when the clipper ship Empress of China sailed to China with 3,300 pounds of ginseng. One round trip to China would produce a then-astronomical profit of $30,000. During the 19th century, over 95% of the ginseng harvested in the United States was exported to China and the Far East. Even today, the percentage of exported products still remains high.

The use of the American clipper-style ships with their narrow hulls and large sails enabled sea travel at speeds of up to 30 kilometers per hour (18.6 miles per hour), far faster than any previous merchant ship. This fast turnaround between Guangzhou and America enabled the accumulation of wealth, and therefore capital, for New England residents that would fund America’s Industrial Revolution. Without the profit made from Chinese trade, the 13 agrarian colonies may never have begun the American Industrial Revolution.

In those days, foreigners referred to Guangzhou by its Anglicized name of Canton. One of the largest cities in South China, Canton had flourished as an administrative and trading center for over a thousand years before Westerners arrived. Chinese cities were planned cities, with separate districts for different purposes. Wide avenues separated residential areas from each other. Market places were spread through the inner city, but the manufacturing and trading activity took place outside the city walls. Surprisingly, 28 cities in America carry the name Canton, the most famous of which is Canton, Ohio, known to fans of American football as the home of the Pro Football Hall of Fame. In early America, China’s Canton served as an example of what a great city could be. It was the manifestation of the shining city on a hill that Americans aspire to. City fathers of the Cantons in America wanted their city to grow up and be as great as the Guangzhou they knew about.

Similarly, the Chinese system of imperial examinations was also inspiration for our Founding Fathers. Imperial examinations were a civil service testing system to select candidates for the state bureaucracy, making China a system based on meritocracy, not one based on aristocracy, as in Europe. The system was introduced to the Western world in reports by European missionaries and diplomats. The British government adopted a similar testing system for screening civil servants in 1855. Other European nations, such as France and Germany, followed suit. Modeled after these previous adaptations, the United States established its own testing program for certain government jobs after 1883, and the U.S. still has civil service examinations today.

In 1803, in a secret letter to Congress, President Thomas Jefferson requested funding for a transcontinental exploration that would be known as the Lewis and Clark Expedition. The purpose of the expedition was not manifest destiny, as taught in schools today, but “for the purpose of extending the external commerce of the United States,” as quoted by the president. Jefferson was looking for a faster and more-direct way to trade with China. Later, this would serve as the same argument to build the transcontinental railroad and the Panama Canal.

But Americans helped the Chinese in their hour of need as well. Months before the U.S. was drawn into World War II by Japan’s attack on Pearl Harbor, American military pilots were recruited to help China’s fledgling air force. Although this certainly had the consent of President Franklin D. Roosevelt, the U.S. was not officially at war with Japan, so these pilots resigned from their positions with the U.S. military, and traveled to China as civilians to enlist in the Chinese air force. The 100 pilots and 200 support crew were officially called “The First American Volunteer Group,” but they are best known by their nickname, “The Flying Tigers.” While defending the Chinese population against Japanese aggression, these brave Americans produced one of the finest air combat records in aviation history.

Looking at the entire history of U.S. and China relations, one can see that it has been reciprocal and mutually helpful for both countries since the beginning of our nation. The U.S. would not be the country it is today without the early involvement and inspiration our Founding Fathers received from China. Today’s trade issues are, hopefully, a pothole on a rising road. China and the U.S. are natural friends and should remain so. The U.S. administration needs to engage with China and restart dialogues on trade and other issues. China needs to remember that the U.S. is their best customer, not their enemy. As history shows, when China and the U.S. cooperate together, great things happen.

James Rice is president and CEO of California-based Solaris Paper. Before returning to the U.S. in 2016, he worked in China for 25 years in various executive positions, most recently as CEO for traditional Chinese liquor maker Shui Jing Fang.