Opinion: Why China’s Fracking Hopes Will Hit the Rocks 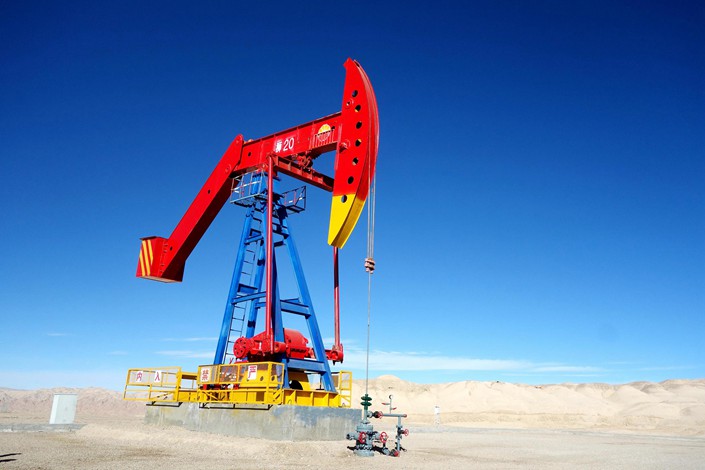 (Bloomberg) — Could China’s oil and gas industry be on the brink of a revolution?

That’s one interpretation of the government’s shake-up of regulations on petroleum production this month. The introduction of drill-it-or-lose-it rules and a possible extension of subsidies for unconventional gas output could end up dismembering sprawling industry leader PetroChina Co. Ltd. and creating a new sector of independent upstream producers like those that have transformed the U.S. energy industry over the past decade, according to Laban Yu, a Hong Kong-based analyst at Jefferies LLC.

That would be great news for Beijing. China overtook the U.S. as the world’s largest importer of crude last year, a headache for a country that’s long fretted about its dependence on imported raw materials. It’s hard to believe that would have happened had oil production roughly doubled over the past decade (as it did in the U.S.) instead of standing still.

The question is whether radical change is a realistic prospect. After all, China’s oil and gas companies have hardly been sitting passively on their land holdings. About 64% of PetroChina’s net acreage was under development at the end of 2017, making it look more like an entrepreneurial wildcatter than the likes of Total SA, BP PLC and Exxon Mobil Corp., which typically have wells drilled on 10% or less of their leases.

Nor has it been left behind by the revolution in unconventional oil and gas. Indeed, almost half the wells that PetroChina drills each year are in the Changqing field, an area near the Mongolian border characterized by impermeable rock, horizontal bore holes and all the usual features of the fracking revolution.

Why, then, has production failed to take off? The best explanation isn’t that the country’s big three oil companies are an oligopoly — though they are — but that China’s geology is fundamentally more difficult than that of North America. Many prospective fields are buried deep below the surface. To make matters worse, they’re often riven with seismic faults from the slow collision of continental plates that have built the Himalayas and the Japanese and Philippine island chains.

It’s in many ways a miracle that China produces any unconventional petroleum at all, and even a prized asset like Changqing can’t always count on making a profit. PetroChina’s agreement this week to buy 3.4 million metric tons a year of liquefied natural gas from Qatargas Operating Co. Ltd. is in many ways an admission of defeat: If it can’t meet the government’s output targets on its own, it can at least buy the requisite molecules from a third party.

That’s why the most significant move in terms of China’s domestic production is likely to be the government’s extension of subsidies and the setting of an ambitious objective to produce 200 billion cubic meters of natural gas in 2020, well above 2017’s 149 billion cubic meters. If PetroChina, CNOOC Ltd. and China Petroleum & Chemical Corp., or Sinopec, were more commercially minded, the result wouldn’t be a boom in output but a slump, as managers sought to cut back spending to get their returns on capital back to healthy levels north of 10%.

A better way of thinking about the negotiations between the Communist Party officials who run the big three petroleum companies and their fellow members in the State Council is that the former have promised to do their utmost to hit the government’s production targets, and in return want to see some generous subsidies to make the efforts less ruinously costly than they already are.

That may mean a decent chance of hitting those production goals — something that China badly needs if it wants to brighten its winter skies with a shift from coal-fired to gas-fired power. But if it happens, it will be the opposite of a commercial outcome. Unconventional gas hasn’t failed in the People’s Republic because of lazy state behemoths, but because of intractable geological challenges. China is the future of fracking — and it always will be.

David Fickling is a Bloomberg Opinion columnist covering commodities, as well as industrial and consumer companies. He has been a reporter for Bloomberg News, Dow Jones, the Wall Street Journal, the Financial Times and the Guardian.