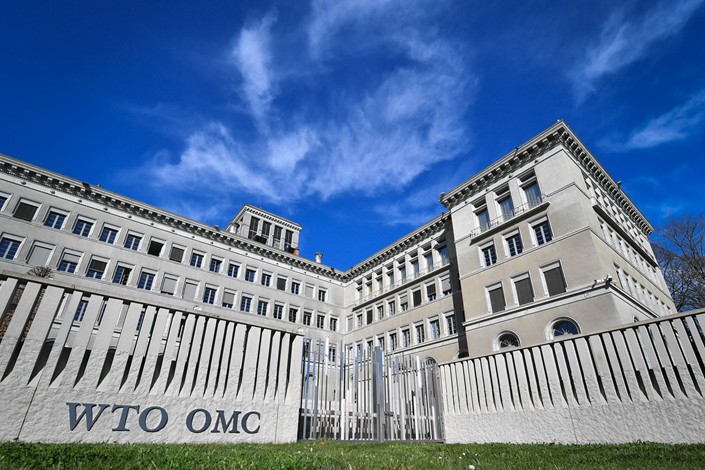 Ten years after the failure of Lehman Brothers, we know that multilateral action was crucial in preventing the so-called Great Recession from becoming even worse than it was. Back then, it was the global financial system that was tottering. Today, it is the global trade system that is in jeopardy.

Over the past 70 years, multilateralism has served the world well. Much to its credit, the United States eschewed retribution and reparations after World War II. Instead, it led the way in establishing the three major economic institutions — the International Monetary Fund, the World Bank, and the World Trade Organization (WTO, formerly the General Agreement on Tariffs and Trade, or GATT) — that form the basis of the international economic order that is still in place today.

Each of these institutions has made a significant contribution to global economic growth, but none more so than the WTO. Owing to the expansion of an open multilateral trading system under the GATT/WTO, trade since World War II has grown 1.5 times faster than global gross domestic product.

Though multilateralism is no less important today than it was throughout the postwar era, threats against the WTO are increasing. Chief among them are the ongoing attacks from U.S. President Donald Trump’s administration, which is trying to undermine the institution both in letter and in spirit.

During the onset of the financial crisis a decade ago, many feared that countries would erect new trade barriers because that is what happened in the 1930s and during other postwar recessions. But trade restrictions were largely avoided because the WTO and G-20 stepped in to facilitate multilateral cooperation. The global volume of trade did not shrink nearly as much as it could have, and by 2011, it had recovered to its pre-crisis level.

The WTO’s 164 member economies have committed to supporting an open multilateral system, and to common rules and procedures that are meant to help that system grow. These rules do for international trade what domestic commercial codes do for contracts and transactions between parties within a given jurisdiction.

Under WTO rules, international trading firms are subject to the same national regulations as domestic firms, and traders have the same rights as nationals in trade partners’ courts. Governments may not discriminate against other WTO members (meaning that a benefit for one trading partner must be extended to all). Tariffs are permitted only under certain circumstances. And alleged rule violations are referred to the WTO’s Dispute Settlement Body.

The assurance that trading firms will receive fair regulatory and judicial treatment from member-state governments is essential; and the principle of nondiscrimination has been a tenet of the global trade system since its inception. These are the provisions that make the system truly multilateral.

Under the WTO framework, the principle of most-favored nations allows for multilateral trade negotiations among equals. Through such negotiations, the average tariff on manufactured goods among advanced economies has been reduced from over 40% in the late 1940s to around 4% today — much to the benefit of all members.

The WTO’s dispute-settlement mechanism (DSM) is also vital for global trade. When a country’s authorities believe that a trading partner is violating mutually agreed rules, they can bring their case before the WTO. WTO arbitration panels will then consider the arguments from each side, and hand down penalties when appropriate. For its part, the U.S. has won more than 90% of the dispute-settlement cases that it has brought.

Like the mainspring of a mechanical watch, the WTO operates as the inner workings of the global trade system. It is not visible, but it is absolutely essential to keep the mechanism functioning.

And yet, despite the WTO’s vital importance, it is being weakened. The most immediate threat is to the DSM. At least three arbitration judges are needed to hear an appeal, but the Trump administration has been blocking all of the nominees to replace those whose terms are expiring. Once there is no quorum, no appeals cases can be heard, and some countries might start to violate WTO rules with impunity.

Another significant threat to the WTO framework is the Trump administration’s use of the national-security provision to justify its discriminatory tariffs on imported steel and aluminum. Obviously, the U.S. is not facing a genuine national-security threat from allies such as Canada or Japan, which means that its tariffs are certainly a violation of the spirit — and probably also the letter — of WTO rules.

The U.S. tariffs have already undermined global growth and weakened the WTO. In a world of cross-border supply chains and increasing interconnectivity, the unnecessary disruption to the iron and steel trade will result in less production not just in exporting countries, but also in the U.S. And the likelihood that other countries will retaliate makes the situation all the more dangerous.

In any event, discriminatory tariffs will almost certainly fail to accomplish Trump’s stated goal: a reduction in the U.S.’ bilateral trade imbalances. The current-account balance of any country is the difference between its domestic savings (public and private) and domestic investment. Unless savings increase or investment falls, a current-account gap cannot be narrowed.

Any effort to undermine international trade — a leading engine of global economic growth since the end of World War II — will inevitably impose high costs on everyone, including the working-class members of Trump’s political base. The international community beyond the U.S. must stand up to Trump and reaffirm the principles of an open multilateral system — before it’s too late.