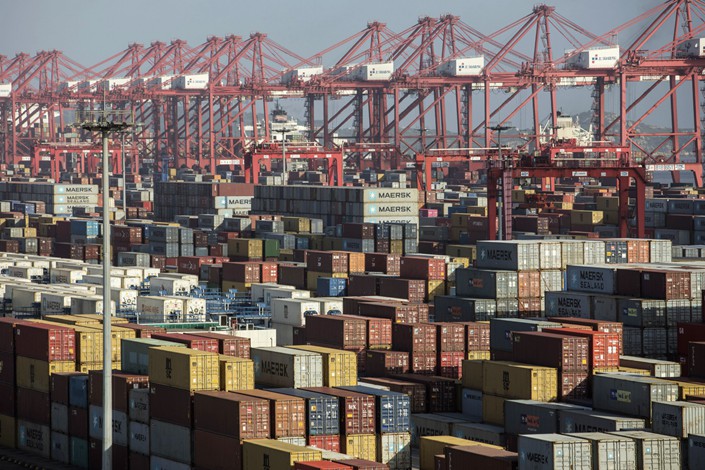 "By further cutting import taxes, China is sending a message that it will keep opening up and reform no matter how the trade war goes," a Singapore-based economist said. Photo: Bloomberg

(Bloomberg) — China is planning to cut the average tariff rates on imports from the majority of its trading partners as soon as next month, two people familiar with the matter said, in a move that will lower costs for consumers as a trade war with the U.S. deepens.

Premier Li Keqiang said Wednesday that China would further reduce the tariffs, without elaborating. The two people who spoke on the new reduction asked not to be named as the matter isn’t public yet.

By cutting duties on goods even as it retaliates against President Donald Trump’s trade war with higher charges on some U.S. goods, China is following through on long-stated goals to boost imports. The move comes as the nation is trying to stimulate domestic consumption to support a slowing economy, and follows similar cuts to tariffs in July on a wide range of consumer goods.

“By further cutting import taxes, China is sending a message that it will keep opening up and reform no matter how the trade war goes. It’s more like a commitment to both domestic and international audience. It’s a gesture," said Tommy Xie, an economist at Oversea-Chinese Banking Corp. Ltd. in Singapore.

The Ministry of Finance didn’t immediately respond to a request for comment on the matter. China’s most-favored nation (MFN) average tariff currently stands at 9.8%. The MFN rule requires all countries to be treated equally unless specific exceptions are agreed, and the U.S. is also covered by MFN status.

China still has a higher average tariff rate than many developed economies. The U.S.’ average applied MFN rate was 3.4% in 2017, and in general the Trump administration has accused China of being a protectionist economy. On Wednesday, Premier Li said that his government wouldn’t devalue the currency in order to boost its exports amid the trade war.

The timing of the cut would suggest the tariff tool is being used as a tactic in the trade war, taking into account both domestic and international considerations. Cuts across most trading partners, including the U.S., would signal an effort by China to ease tensions, said Bloomberg Economics’ Chang Shu.

We “must uphold multilateralism, the rules of free trade,” he said. “No matter what changes are needed to the rules, it brings benefits. If there are problems, negotiation is needed to solve them.”