Opinion: How China Should Respond to Trump’s Trade Attack

By Simon Lester and Huan Zhu 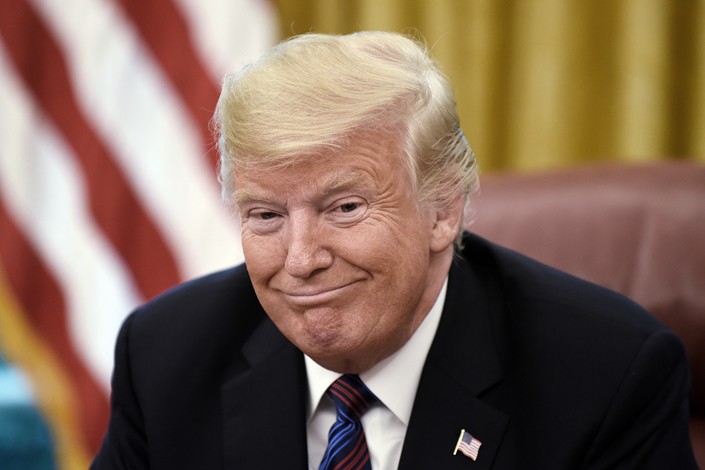 Rather than try to psychoanalyze Donald Trump, China may want to concentrate its efforts on becoming the best citizen of the world trading system that it can be. Photo: VCG

After months of harsh rhetoric from the Trump administration, followed by tariffs imposed by the U.S. government on Chinese imports, and then retaliatory tariffs imposed by China on U.S. imports, the situation looks bleak for U.S.-China trade relations. Each side has now imposed tariffs on $50 billion worth of imports from the other, and, the Trump administration is targeting another $200 billion Chinese imports for a 10 percent tariff, with the tariffs to be raised to 25 percent next year. China has announced that it will retaliate with new tariffs on $60 billion of U.S. goods (link in Chinese), and there have been indications that it has restricted the issuance of licenses for U.S companies to operate in China.

This new development has put in limbo a recently announced plan for U.S. Treasury Secretary Mnuchin to sit down with his Chinese counterparts for negotiations. China is currently reviewing the plan to meet, and the meeting may or may not happen.

Trade policy experts have spent months trying to get into the heads of the Trump administration’s trade team in order to understand what their goals are, and look for ways to pull the two countries back from a trade war. Chinese government officials have probably been doing the same. There have been discussions on different ways for China to retaliate, but ultimately what China wants is trade peace. Unfortunately, the path to it remains unclear. There doesn’t seem to be a politically workable solution to these trade tensions in the face of the Trump administration’s demands.

Rather than try to psychoanalyze Donald Trump or adviser Peter Navarro, looking for clues as to how to assuage them, China may want to concentrate its efforts on becoming the best citizen of the world trading system that it can be. By doing so, it can both improve its own economic well-being and improve relations with its other trading partners. If the Trump administration responds with a more-positive approach to negotiations, that would be a bonus.

On many occasions recently, China has criticized protectionism, and has presented itself as a defender of “the principles of free trade and the multilateral trading system.” But China must match its actions to its rhetoric. China has benefited from being part of the multilateral trading system and global supply chains, and now China needs to demonstrate its support for the rules-based system. China liberalized a great deal as part of its WTO accession, but it is much wealthier now, and needs to be more proactive about engaging in additional market opening.

Here are three ways that China could show its dedication to liberalization and its support for the trading system, and ultimately, its readiness for a leading role in international economic affairs.

First, China should unilaterally open up its markets to the greatest extent possible, as a sign of its good faith. This includes tariff reductions, an easing of regulations for imports of goods and services, and fewer conditions imposed on foreign investors. As an example, on July 1, China’s National Development and Reform Commission published the new negative list for restricted foreign investment. The number of items on the negative list was cut to 48 from 63 in the previous version from last year. It has broadened market access in finance, transportation, logistics, professional services, manufacturing, infrastructure, energy and agriculture. This is a positive development and shows China is moving in the right direction. However, some of the sectors, such as finance and manufacturing, still have a several-year phase-out period, which will have a limited impact on market opening. China should shorten or remove these phase-out periods. China should also increase the transparency of the administrative procedures for new applications.

Second, some issues that the United States and others have complained about, such as the non-commercial behavior of state-owned enterprises (SOEs), may be too sensitive for China to act on alone. As a rising power that wants to take a more proactive international role, China could propose multilateral negotiations on these issues within the WTO regime. In this context, China could make further concessions on SOEs in exchange for treatment in anti-dumping proceedings that is equivalent to how other countries are treated.

Third, China should try to resolve the WTO complaints the United States and other countries have brought in good faith. For example, both the United States and European Union recently brought complaints related to Chinese intellectual property protection. In addition, the United States has several other pending WTO cases, on China’s subsidies, administration of tariff rate quotas, and export restrictions. China should try to resolve these issues through consultation, rather than use litigation to delay. If the parties cannot reach an agreement, and the cases go through the full litigation process, China should comply with the WTO Dispute Settlement Body’s rulings quickly, in good faith.

For its own sake, and the rest of the world as well, China should take a proactive approach instead of simply responding to U.S. actions. To defend against the current aggressive tactics employed by the Trump administration, China needs to take the initiative and act quickly, in the ways noted above. If it does so, China may be able to avert a trade war, and can establish itself as a valued member of the trading system.

Simon Lester, a trade policy analyst, and Huan Zhu, a research associate, are with Cato’s Herbert A. Stiefel Center for Trade Policy Studies.