Opinion: U.S. Must Engage China on Rising Debts of Belt and Road Countries 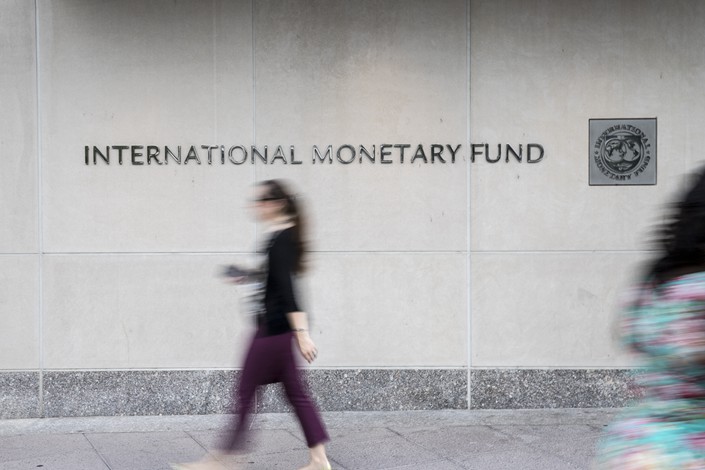 The headquarters of the IMF in Washington. Photo: VCG

A little-noticed but ominous new front has opened in the rivalry between the United States and China for dominance at the International Monetary Fund (IMF). On Aug. 3, 16 U.S. senators wrote to Treasury Secretary Steven Mnuchin, Secretary of State Mike Pompeo, and Defense Secretary James Mattis expressing concerns about potential requests for financial assistance from the IMF by countries that have become overly indebted in connection with China’s sprawling infrastructure program known as the Belt and Road Initiative. The letter, signed by two Democrats and 14 Republicans, cautioned against supporting IMF programs for countries that have gotten into financial trouble while taking advantage of what they called China’s “predatory” lending through the Belt and Road Initiative. Fallout from the letter, which has been endorsed by The Wall Street Journal and other conservative voices long skeptical of the IMF’s mission, needs to be handled skillfully. The United States and China must work together to ensure that this dispute does not inflict long-lasting collateral damage on the IMF, one of the key institutions of the post-World War II international financial architecture.

A review of the IMF’s quotas is to be completed by the fall of 2019 at the latest. The G-20 leaders committed to this review when they met in South Korea in November 2010. Moreover, if IMF quotas are not increased, any further redistribution of voting power within the IMF toward the dynamic emerging-market economies, which was implied in the 2010 agreement, would be stalled.

In July, Mnuchin said, “At this time, the United States finds that the IMF’s resources are adequate following the 2016 implementation of the 2010 Quota and Governance Reform.” Mnuchin’s statement failed to acknowledge that the quota review should focus on the adequacy of the IMF’s financial resources for the future, not for the present. He also ignores the fact that at least a third the IMF’s $1.4 trillion in total financial resources is scheduled to disappear by 2022, another cloud over the IMF.

Judging the size of the IMF’s potentially reduced financial resources in the future requires context. Seven countries of economic and political interest to the United States are potential borrowers from the IMF over the next several years: Brazil, Colombia, Indonesia, Italy, South Africa, Turkey, and Venezuela. At the present maximum of 435% of quota for normal three-year IMF support programs, these countries could seek to borrow $265 billion from the IMF. If these countries received exceptional access to IMF financial resources at 11 times their quotas, as Argentina was recently granted, the total call on IMF financial resources would be $680 billion. Except for Indonesia and Italy, none of these countries participates in a regional financial arrangement that could be expected to supplement IMF lending.

Today, the IMF’s total headline financial resources are $1.4 trillion, consisting of $700 billion in quota resources and about $700 billion in potential borrowing from the New Arrangements to Borrow (NAB) ($265 billion) and bilateral borrowing arrangements ($450 billion). However, as of the middle of August, the IMF’s available resources for lending out of quota resources were reduced by lending commitments of $222 billion, its forward commitment capacity out of quota resources was estimated at only $261 billion, and resources potentially available from borrowing arrangements were $516 billion — leaving the IMF with a total lending capacity of less than $800 billion. Moreover, $450 billion of the headline $1.4 trillion consists of bilateral lending commitments that expire in 2020, and the $41 billion commitment by the United States to the NAB will expire in 2022 unless the U.S. administration asks Congress for its renewal. In a worse-case scenario outlined by Barry Sternland, all participants in the NAB would follow the U.S. lead and withdraw from the NAB.

The IMF has articulated its concerns about the rising sovereign debt of many developing countries. Loans from China’s many lending institutions, especially those associated with China’s Belt and Road Initiative, lack transparency, making the amount and terms of much of that debt unknown. This situation complicates the IMF’s capacity to monitor global financial risks for many emerging-market and developing countries. Recently, the new leader of Malaysia, Mahathir Mohamad, reportedly told Chinese authorities that his country cannot afford to take on so much debt to China, but not all countries on the receiving end of loans from China are as well placed to say no.

The Center for Global Development has identified eight countries that are at risk of sovereign-debt distress in large part because of China’s lending to them for Belt and Road projects — Djibouti, Kyrgyzstan, Laos, the Maldives, Mongolia, Montenegro, Pakistan and Tajikistan. Except for Pakistan, these countries are small and have small IMF quotas. Excluding Pakistan, their combined IMF quota is less than $900 million. Maximum normal IMF programs for the seven would amount to less than $4 billion. Pakistan has just completed an IMF program for 216% of its quota of $2.8 billion, which it is expected to pay back over the next five years. A new program would in effect refinance these obligations to the IMF.

For decades, IMF programs designed to deal with members’ external debt problems have required the rescheduling of debts to foreign official lenders. These rescheduling operations normally are conducted under the auspices of the Paris Club. The Paris Club was established for this purpose in 1956 to agree on comparable treatment for the official claims on countries in financial distress. China does not participate in the Paris Club. It also has declined to provide the relevant information on its claims to the Organization for Economic Cooperation and Development’s Development Advisory Committee, the keeper of data on official development aid and assistance.

What should be done?

First, the future of the IMF should be high on the agenda for U.S.-Chinese cooperation.

Second, the United States should either participate in a sufficient increase in IMF quotas, at least to maintain the IMF’s existing financial resources after 2022, or step out of the way and let other member countries do so, as I have advocated. The United States must learn to share power.

Third, the United States should engage pro-actively with other members of the IMF to pressure China to join the Paris Club or to abide by its standard of comparable treatment of unsustainable debts. This should be a condition for majority support for any IMF program for a country heavily indebted to Chinese entities.

This is a weighty but essential to-do list. The IMF at the core of the international financial architecture is a new front in the China-U.S. rivalry. I am not optimistic that reason will prevail. But it would be a mistake to sit back and wait for the collapse of the system that for 75 years has served the world well.

Edwin M. Truman, nonresident senior fellow since July 2013, joined the Peterson Institute for International Economics as senior fellow in 2001. Previously he served as assistant secretary of the U.S. Treasury for International Affairs from December 1998 to January 2001, and was counselor to the secretary in 2009. He directed the Division of International Finance of the Board of Governors of the U.S. Federal Reserve System from 1977 to 1998. From 1983 to 1998, he was one of three economists on the staff of the Federal Open Market Committee.