Opinion: U.S. Will Soon Find Itself at Disadvantage in Trade War 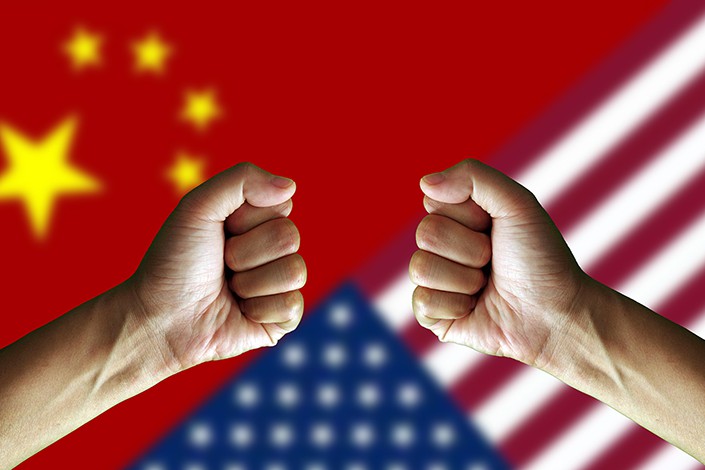 A focus on Keynsian demand management clearly reveals that the U.S. will suffer from Trump’s tariffs, while China can avoid any adverse effects. Photo: VCG

LONDON — The United States cannot win its tariff war with China, regardless of what U.S. President Donald Trump says or does in the coming months. Trump believes that he has the upper hand in this conflict because the U.S. economy is so strong, and also because politicians of both parties support the strategic objective of thwarting China’s rise and preserving U.S. global dominance.

But, ironically, this apparent strength is Trump’s fatal weakness. By applying the martial-arts principle of turning an opponent’s strength against him, China should easily win the tariff contest, or at least fight Trump to a draw.

Economists since David Ricardo have argued that restricting imports reduces consumer welfare and impedes productivity growth. But that is not the main reason why Trump will be forced to back down in the trade war. In handicapping the U.S.-China conflict, another economic principle — rarely used to explain the futility of Trump’s tariff threats — is much more important than Ricardo’s concept of comparative advantage: Keynesian demand management.

Comparative advantage certainly influences long-term economic welfare, but demand conditions will determine whether China or America feels more pressure to sue for trade peace in the next few months. And a focus on demand management clearly reveals that the U.S. will suffer from Trump’s tariffs, while China can avoid any adverse effects.

From a Keynesian perspective, the outcome of a trade war depends mainly on whether the combatants are experiencing recession or excess demand. In a recession, tariffs can boost economic activity and employment, albeit at the cost of long-term efficiency. But when an economy is operating at or near its maximum capacity, tariffs will merely raise prices and add to the upward pressure on U.S. interest rates. This clearly applies to the U.S. economy today.

U.S. businesses could not, in aggregate, find extra low-wage workers to replace Chinese imports, and even the few U.S. businesses motivated by tariffs to undercut Chinese imports would need to raise wages and build new factories, adding to the upward pressure on inflation and interest rates. With little spare capacity available, the new investment and hiring required to replace Chinese goods would be at the cost of other business decisions that were more profitable before the tariff war with China. So unless U.S. businesses are sure the tariffs will continue for many years, they will neither invest nor hire new workers to compete with China.

Assuming that well-informed Chinese businesses know this, they will not cut their export prices to absorb the cost of U.S. tariffs. That will leave U.S. importers to pay the tariffs and pass on the cost to U.S. consumers (further fueling inflation) or to U.S. shareholders through lower profits. Thus, the tariffs will not be “punitive” for China, as Trump seems to believe. Instead, the main effect will be to hurt U.S. consumers and businesses, just like an increase in sales tax.

But let us concede that the tariffs may price some Chinese goods out of the U.S. market. Where will the competitively priced imports that undercut China come from?

In most cases, the answer will be other emerging economies. Some low-end goods such as shoes and toys will be sourced from Vietnam or India. Final assembly of some electronic and industrial machinery may relocate to South Korea or Mexico. A few Japanese and European suppliers may displace high-end Chinese suppliers. Thus, to the very limited extent that tariffs do prove “punitive” for China, the effect on other emerging markets and the global economy will not be a damaging “contagion,” but a modest boost to demand that results from displacing Chinese exports to the U.S.

True, Chinese exporters may experience modest losses as other producers take advantage of the U.S. tariffs to undercut them. But this should have no effect on Chinese growth, employment, or corporate profits if demand management is used to offset the loss of exports. The Chinese government has already started to boost domestic consumption and investment by easing monetary policy and cutting taxes.

But China’s stimulus measures have so far been cautious, as they should be, considering the negligible impact that U.S. tariffs have had on Chinese exports. If, however, evidence starts to emerge of export weakness, China can and should compensate with additional steps to boost domestic demand. In principle, China can avoid any damage at all from U.S. tariffs simply by responding with a full-scale Keynesian stimulus. But would the Chinese government be willing to do this?

This is where bipartisan U.S. support for a “containment policy” toward China paradoxically works against Trump. China’s rulers have so far been reluctant to use overt demand stimulus as a weapon in the trade war because of strong commitments made by President Xi Jinping to limit the growth of China’s debt and to reform the banking sector.

But such financial policy arguments against Keynesian policy are surely irrelevant now that the U.S. has presented the battle over Trump’s tariffs as the opening skirmish in a geopolitical Cold War. It is simply inconceivable that Xi would attach higher priority to credit management than to winning the tariff war and thereby demonstrating the futility of a U.S. containment strategy against China.

This raises the question of how Trump will react when his tariffs start to hurt U.S. businesses and voters, while China and the rest of the world shrug them off. The probable answer is that Trump will follow the precedent of his conflicts with North Korea, the European Union and Mexico. He will “make a deal” that fails to achieve his stated objectives but allows him to boast of a “win” and justify the verbal belligerence that inspires his supporters.

Trump’s surprisingly successful rhetorical technique of “shout loudly and carry a white flag” helps to explain the consistent inconsistency of his foreign policy. The U.S.-China trade war is likely to provide the next example.

Anatole Kaletsky is chief economist and co-chairman of Gavekal Dragonomics and the author of “Capitalism 4.0: The Birth of a New Economy in the Aftermath of Crisis.”