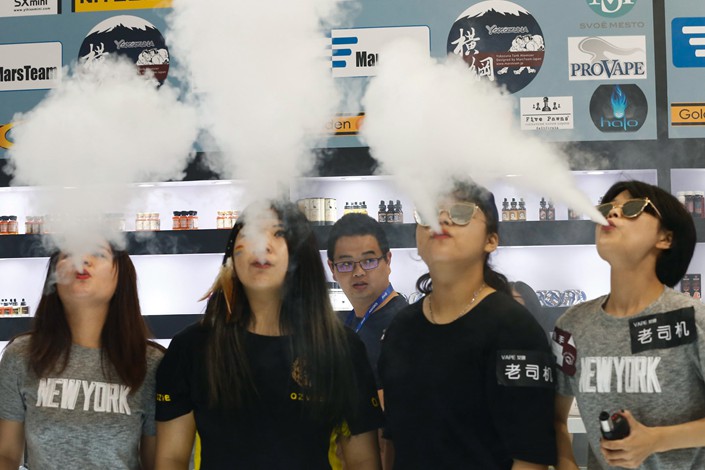 Due to concerns that so-called e-cigarettes are “often packaged as less harmful substitutes with promotion tactics targeted at youngsters and non-smokers,” the Hong Kong government will consider legislation aimed at prohibiting the manufacture, import, sale and advertisement of the cigarette alternatives, Chief Executive Carrie Lam said.

If the ban is passed, Hong Kong will join over a dozen countries that have banned e-cigarettes, which typically allow users to inhale nicotine and flavorings heated by battery-powered heating elements without the burning that traditional cigarettes require.

Initially targeted at people trying to give up smoking, e-cigarettes have become increasingly popular, especially among younger users. Major e-cigarette company Juul Labs was valued at around $15 billion after a July fundraising round, the Wall Street Journal reported.

While widely perceived as a healthier alternative to traditional cigarettes, e-cigarettes have been blamed for doubling users’ risk of heart attack.

Hong Kong, a special administrative region of China, had previously considered imposing stricter regulations on e-cigarette sales and production. But Lam said the government had decided on a full ban “after weighing the pros and cons of a regulatory approach.”

Rates of smoking are relatively low in Hong Kong, at 10% for people over the age of 15, down from over 20% in the 1980s, according to figures from the Hong Kong government. In comparison, 62.4% of men and 3.4% of women on the Chinese mainland were either current or former smokers, according to a 2010 national survey.