Opinion: Digital Forensics Are New Normal in the Fight Against Graft 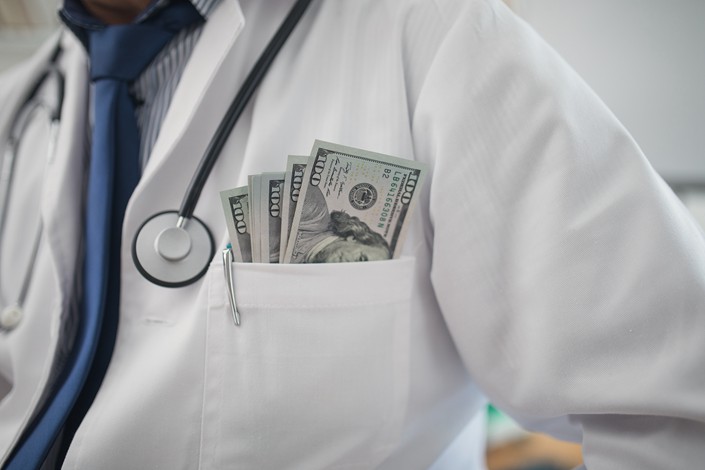 Bribery risk is serious in China. In 2014, GlaxoSmithKline (China) Investment Co. Ltd. (a subsidiary company of GlaxoSmithKline in China) received a criminal fine of 3 billion yuan ($433 million) for giving bribes to doctors. And several senior executives of the company received criminal punishments as well. In face of the rampant risk, the Chinese government has been trying very hard to crack down on bribery including finding better ways to investigate and find evidence, a problem for which digital forensics technology could be a solution.

The unique part of the investigation was that the Longwan MSB applied digital forensics technology to quickly obtain key data hidden in the pharmaceutical company’s accounting books, supply and marketing systems and electronic documents. Through the application of keyword searching and project screening, the MSB immediately found out that money had been spent on trips to Sanya in the 2018 financial year.

On May 22 this year, the MSB received a tip claiming that a pharmaceutical company in this district might have conducted commercial bribery. Immediately, the MSB launched a spot check on the company. According to the investigation, the pharmaceutical company offered VIP customers free Sanya trips during the sales off-season. The free trip was a bribe to obtain more trading opportunities and increase sales.

In fact, the financial staff of the pharmaceutical company did their best to hide the evidence to escape law enforcement. They certainly would not make the bribes as eye-catching as entertainment; instead they were trying very hard to disguise the payments as something legal or neutral such as "welfare fees," "management service consultation fees" and "labor fees." Moreover, they were trying to hide some fees through several sub-accounts. However, all of these painstaking efforts were useless in the face of electronic forensics technology.

Traditionally, digital technology has been associated with criminal law, where evidence is collected to support or oppose a hypothesis before the courts. Nowadays, digital forensics is commonly used in cases of cyberattacks, anti-fraud investigations, anti-bribery investigations, internal audits, private investigations and so on. In 2001, China officially introduced the concept of digital forensics. From 2012 to 2014, the three main procedural laws of China (the Civil Procedural Law, the Administrative Procedural Law and the Criminal Procedural Law) formally adopted electronic data evidence as a category of independent evidence.

The digital forensic process has the following five basic stages, which can screen key data not only rapidly but also widely. Firstly, the investigators use technology to identify potential sources of relevant evidence as well as key custodians and locations of data. Secondly, they preserve relevant information by protecting the crime or incident scene, capturing visual images of the scene and documenting all relevant information about the evidence. They then collect digital information that may be relevant to the investigation. Collection may involve removing electronic devices from the crime or incident scene and then imaging, copying or printing out content. The next step is analysis — an in-depth systematic search of evidence relating to the incident being investigated. The outputs of examination are data objects found in the collected information; they may include system and user-generated files. Analysis aims to draw conclusions based on the evidence found.

It can be seen that using digital technology to find evidence will be the new normal of Chinese governmental agencies across the country when cracking down on bribery as well as some other administrative and criminal violations.

Henry Chen is a senior partner of Dentons Shanghai Office, and previously was the accounts-payable compliance director of The Ford Motor Company. He is the author of the book “Commercial Bribery Risk Management in China.” Chen is accessible via henry.chen@dentons.cn.