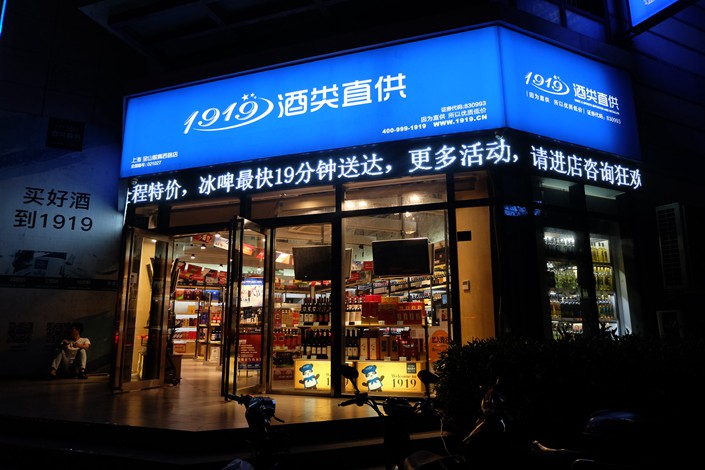 1919 is issuing over 39 million new shares to Alibaba Group Holding Ltd., which will become the alcohol-seller’s second-largest stakeholder with a nearly 30% stake, 1919 said in a statement Thursday.

“With the fast expansion, the company needs more capital to increase offline stores to enhance our economies of scale,” the statement said.

The wine and spirits platform was listed on China’s over-the-counter equities exchange in 2014, and is currently one of China’s top online retailers. It also boasts a strong offline presence.

The company now has 1,200 physical stores nationwide and plans to open 2,000 new locations within the next 12 months, the statement added.

China’s alcoholic drinks market is projected to grow to 2.96 trillion yuan in 2022, up from 2.06 trillion yuan last year, according to market research provider Euromonitor International.

Given rising domestic consumption, 1919 projects that its revenue will rise 34% year-on-year to 4.5 billion yuan this year, before jumping 56% to 7 billion yuan in 2019.