Guntram Wolff: Could Europe Benefit From the U.S.-China Trade War? 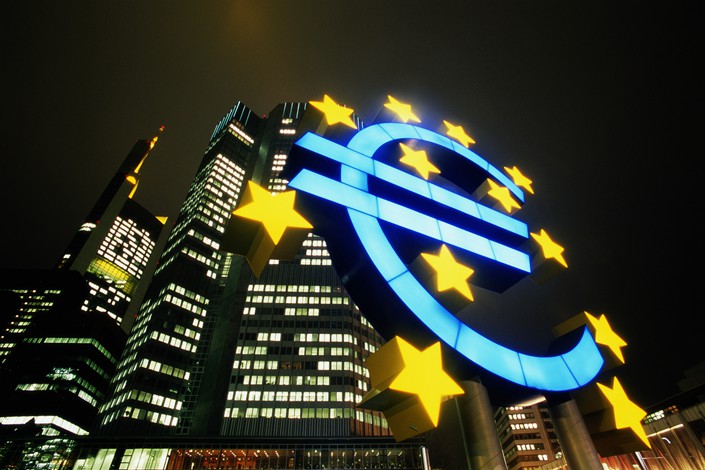 The China-U.S. trade war has created an opportunity for the EU to restart its own trade negotiations with China. Photo: VCG

Global trade tensions have steadily increased since U.S. President Donald Trump took office at the beginning of 2017. Initially, the U.S. president seemed to want to confront U.S. allies and China alike. But the tensions between the U.S. and the EU have recently calmed, while the U.S. focus has moved squarely toward China.

Many political motivations on the part of the U.S. administration can be seen behind this move: an attempt to contain China’s rise, including as a technology leader in the context of China’s “Made in China 2025” strategy; a clear perception that since China’s entry to the World Trade Organization (WTO), many jobs were lost in sectors exposed to Chinese competition; and a realization that the EU remains a long-standing ally of the U.S. — despite its trade surplus. The successful negotiations of European Commission President Jean-Claude Juncker has also helped to ease the EU-U.S. tensions, though the truce remains fragile.

Given this picture, could Europe benefit from the U.S.-China trade tensions, and if so, how?

As a first principle, trade wars are not only easy to lose for the sides involved but they also have negative effects for companies in third countries due to globally integrated supply chains. Daimler, for example, blamed a recent profit warning on the China-U.S. trade war, as exports of cars and components would become more expensive.

But trade wars also create opportunities for some companies and sectors in third countries. Most immediately, one might see European exports to China increase, for example, because China needs to replace agricultural imports from the U.S.. There may also be trade gains in other sectors where tariffs limit imports. But the more sophisticated the products get, the more global supply chains will play a role. But I could still see a number of European companies, for example, delivering consumer goods, benefiting from rising export opportunities to the U.S.

But the real opportunity for Europe lies elsewhere. As China feels the pressure from the U.S., it is trying to make new allies. True, China may be less vulnerable to a trade war now than it was a few years ago thanks to the rebalancing of its economy away from exports. But China is still worried to see a united front of Japan, the U.S. and EU, such as seen with the recent declaration on forced technology transfer that was clearly targeted at China.

China is therefore actively reaching out to the EU, trying to advance talks on bilateral investment, aiming to start negotiations on a trade agreement. China would also like to see the EU as a strategic partner in the WTO.

Europe should actively pursue that opportunity and negotiate with China, but it needs to be realistic on what it can achieve. Europe’s key interests are clear: China needs to open up its markets to more sectors. European investment in China has been falling for a number of years because market access has become more difficult. Europe needs to ensure that China treats European companies on an equal footing with their domestic ones. Also, China needs to remove unfair subsidy programs through state-owned banks and other state-owned companies. Of course, China will not fundamentally alter its economic model. But will it be ready to make some concessions to European firms? The EU should certainly explore this opportunity.

Finally, as China has found it more difficult to invest in the U.S., particularly in key technological sectors, it has moved its investment efforts to Europe. Chinese investment in key European industrial technology sectors, such as Industry 4.0, has increased substantially.

European companies and politicians have observed this rise with mixed feelings. Of course, Chinese investment is welcome and can increase corporate profits, especially when access to Chinese markets is improved. But there is a clear worry that China uses market manipulation and subsidies to buy companies at unfair prices.

What’s more, the industrial policy implications of Chinese investment are increasingly the focus of public debate. Does Europe lose out on key technologies? Aren’t some technologies too sensitive from a security perspective to be exposed to China? The EU clearly needs to define its red lines on Chinese technology acquisition and has the leeway to enforce them more vigorously.

The overall upshot is clear. Europe will benefit from U.S.-China tensions with increased exports in specific sectors, but will lose in others. But the main opportunity lies in restarting negotiations with China. The EU needs to now clearly formulate a unified strategic position and embark on a constructive discussion with China.

Guntram Wolff is the director of Bruegel, a European think tank specializing in economics. His research focuses on the European economy and governance, fiscal and monetary policy, and global finance.