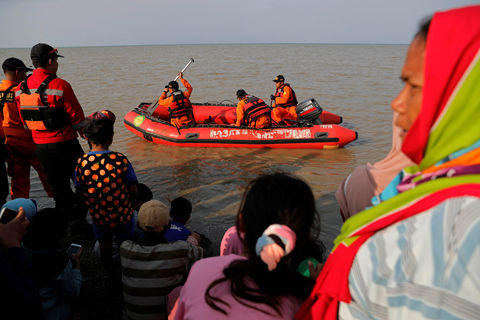 A plane carrying 189 people traveling from Jakarta to another Indonesian city about an hour away crashed into the sea Monday morning shortly after taking off. Everyone on board was feared dead.

The aircraft used for Lion Air Flight JT 610 was a new Boeing 737 Max 8, leased from CMIG Leasing Group, a Chinese aviation and port logistics leasing operator based in Tianjin.

It was the first deadly accident involving a leased plane provided by a Chinese company. The aircraft was delivered to Lion Air in mid-August, according to Planespotters.net, a website that monitors air traffic.

A person close to CMIG Leasing told Caixin that the crash happened after the company had delivered only a few passenger planes.

Lion Air is Indonesia’s second-largest discount carrier but with a poor safety record. According to data from civil aviation resource website CARNOC.com, Lion Air had 12 safety-related accidents from 2002 to 2017.

In 2007, Lion Air was among dozens of airlines barred by the European Union from flying to Europe because of safety concerns. The ban was lifted in June this year.

While the risk of direct loss for the leasing company from such a crash is limited because of insurance, future business might be affected, according to a legal expert in the aircraft leasing business.

Compared with big players supported by the country’s major banks including the Industrial and Commercial Bank of China and China Development Bank, smaller aircraft leasing operators are at a disadvantage in the domestic market, said Yang Wen, deputy director of the research center of the China Financial Leasing 30 Forum.

Some Chinese aircraft leasing operators have instead started to seek foreign clients, which could increase risk, Yang said.